Perhaps understandably many people I meet often have the strange idea that managing land for wildlife means doing nothing, just letting everything go and take its “natural” course. If only that was the case, which I suppose it could be if the objective was to allow everything to revert to woodland, but even there it would require managing in one form or another to maximise its benefits. Anyway there’s no shortage of trees in the general sense here – yet !!!

Where we live certain habitats have all but disappeared in recent years, the final nail in the coffin was the removal in 2008 of the requirement to put 10% of land out of production, a process known in English as “Set Aside”, (to leave fallow / en jachère). This has lead to just about every last piece of land that isn’t woodland and that can be used for cereals to be ploughed up as mentioned elsewhere. Even in 1996 when we purchased our house and three hectares things were bad enough leaving little choice for us but to at least try and create a little oasis of decent habitat and manage the bulk of it, (about 80%), as “rough meadow or natural grassland”. The remaining 20% was already trees or woodland which I have also been slowly changing aided by a couple of serious storms that helped with the thinning process.

This winter I’m trying to catch up on one particular section that has been neglected for a couple of years more than it should have been with a danger of some species being temporarily lost due to brambles, scrub and small trees swamping them. 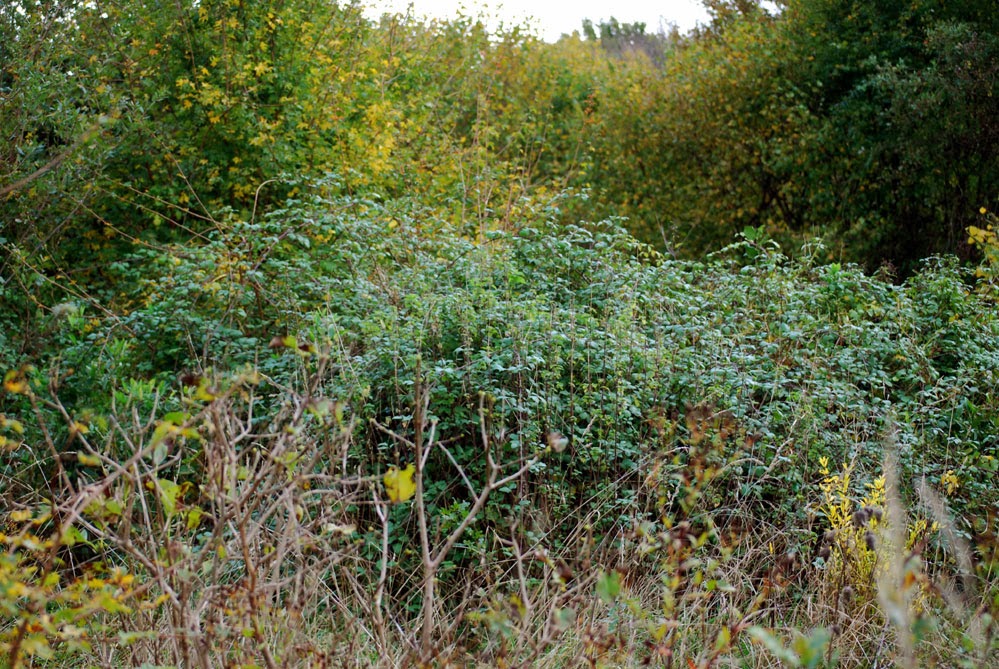 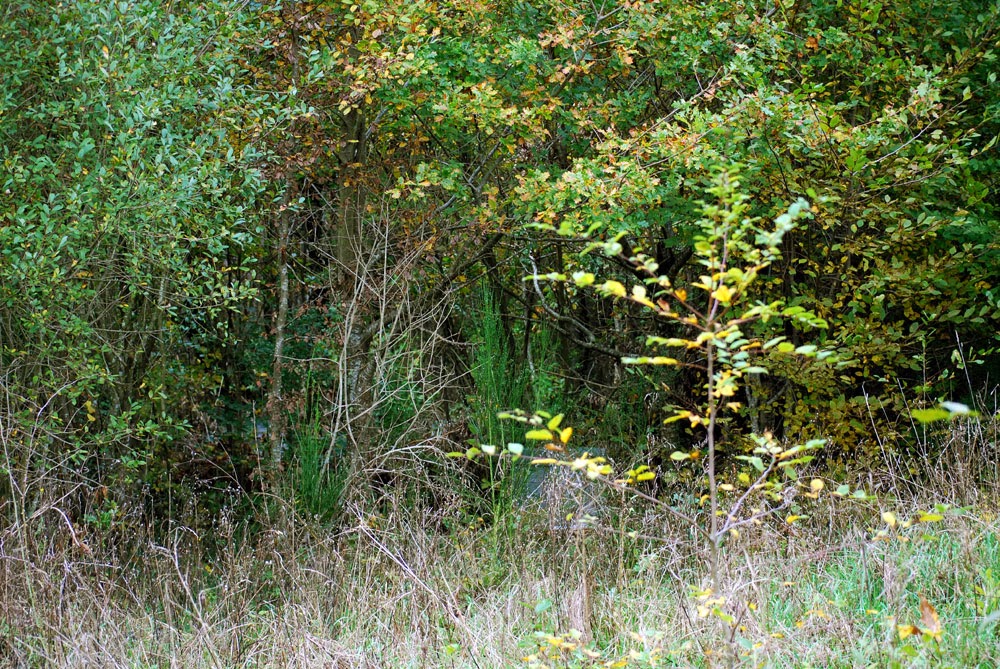 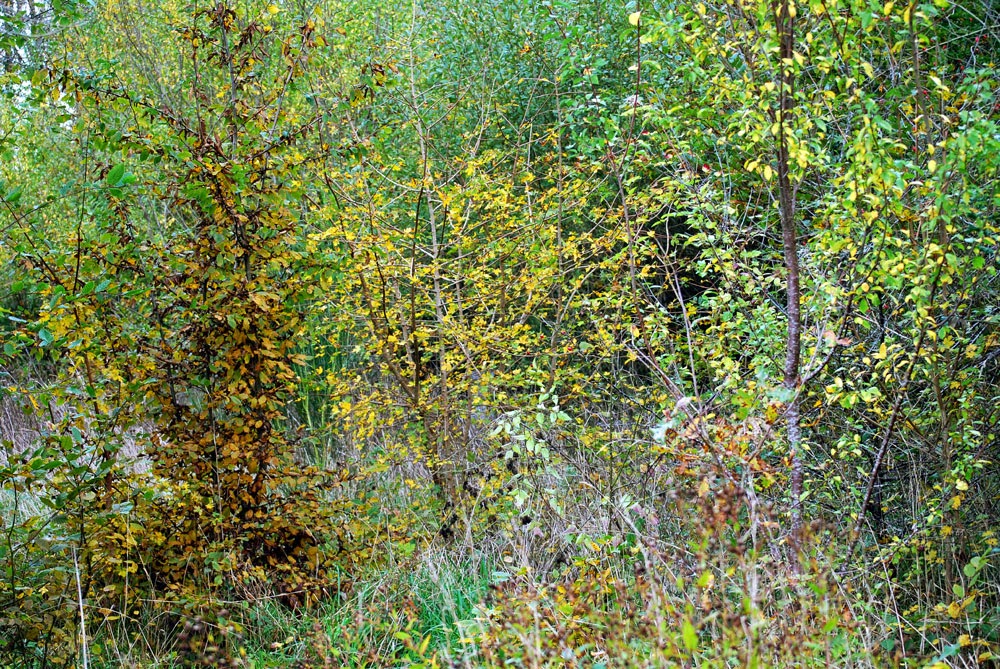 In particular there are quite a large number of Greater Butterfly Orchids that started to show after we had been here about 8 or 9 years on this part of the land and it’s a tricky balancing act with them. It’s quite strange that I haven’t found this Orchid anywhere else remotely near our property or the Loose Flowered Orchids that we have a couple of although they must have been around here historically. Bee, Pyramidal and Lizard Orchids that have also popped up on the land are to be seen locally in the area so not a surprise, but it does show what can happen even on land that has been intensively cultivated given a little time. 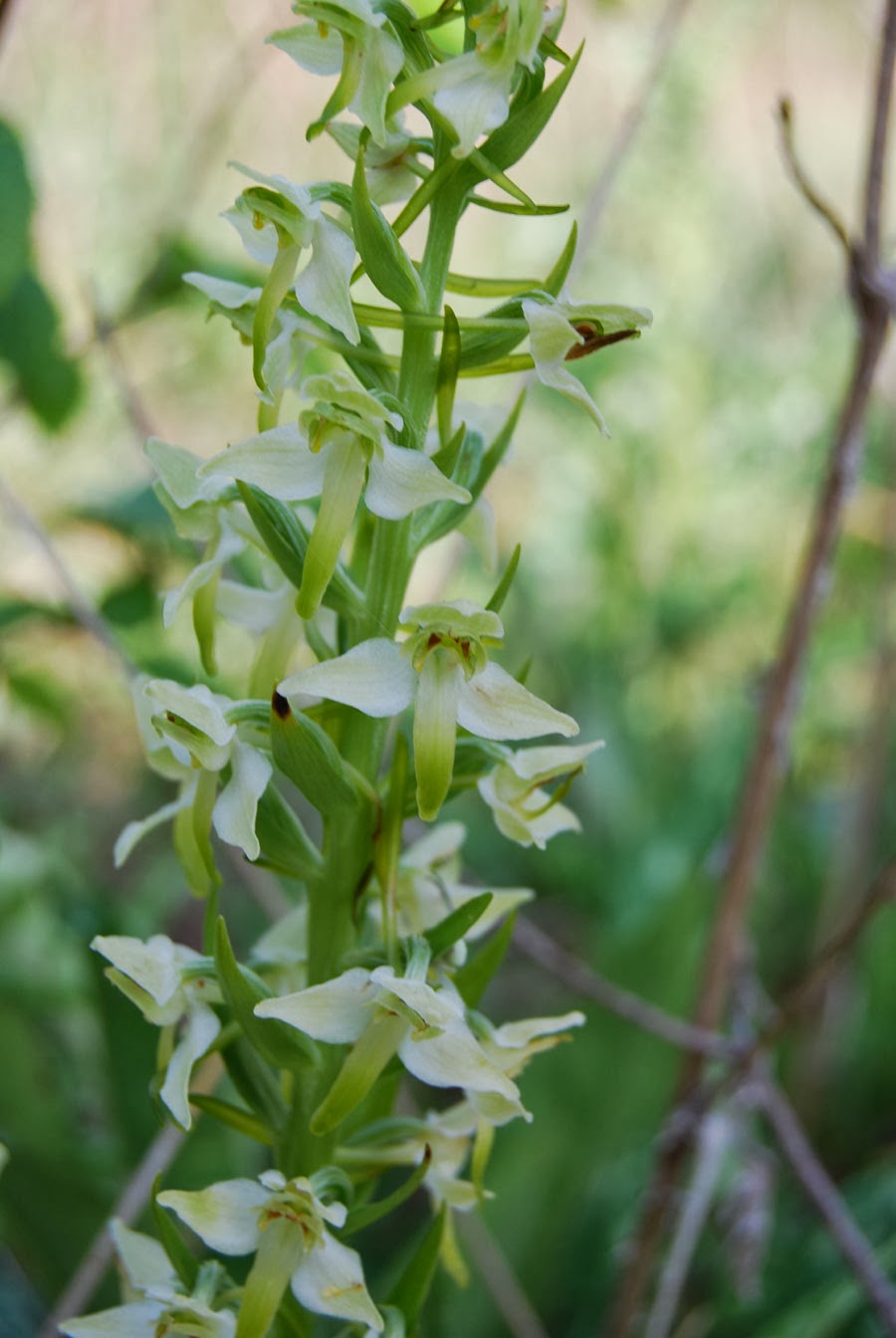 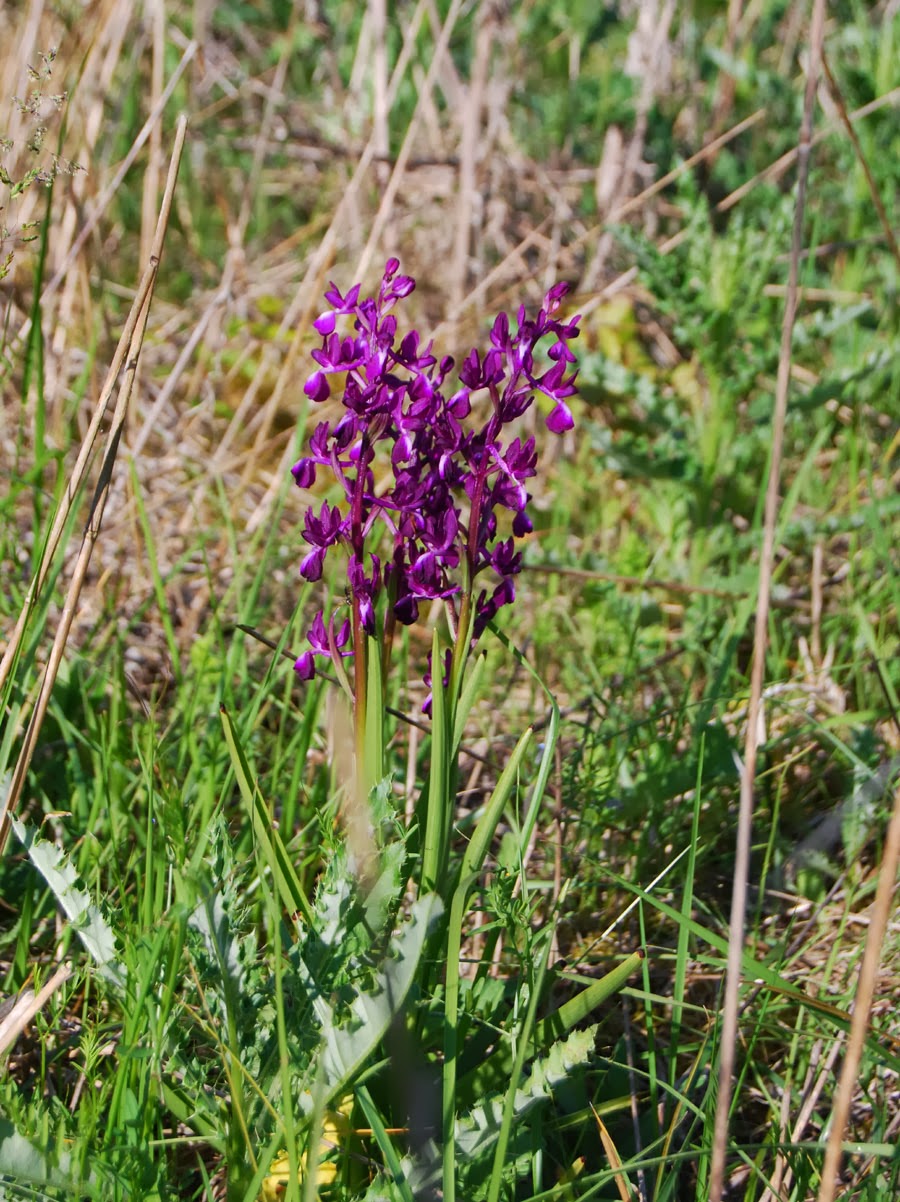 It’s also an area with a few different species of violet that need to be given a bit of light and space, all common species but important for the Fritillary butterflies we have here that use them - Weavers, Queen of Spain and Silver washed, all fairly common species as well but starting to struggle with the steady reduction of available plants. Many of the violet plants that do manage to survive are often by the roadsides that are constantly cut to the ground giving little chance for any eggs or caterpillars. 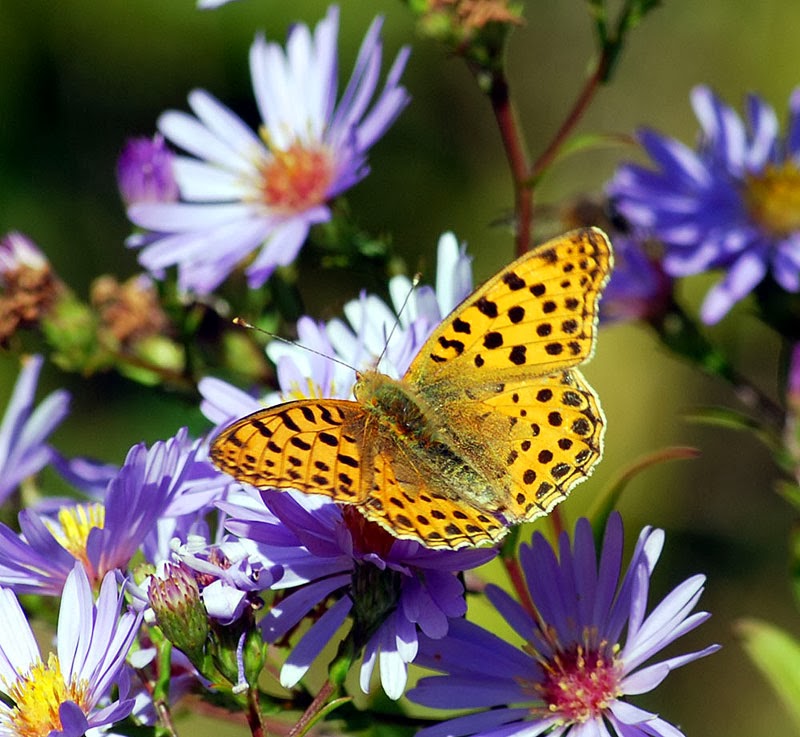 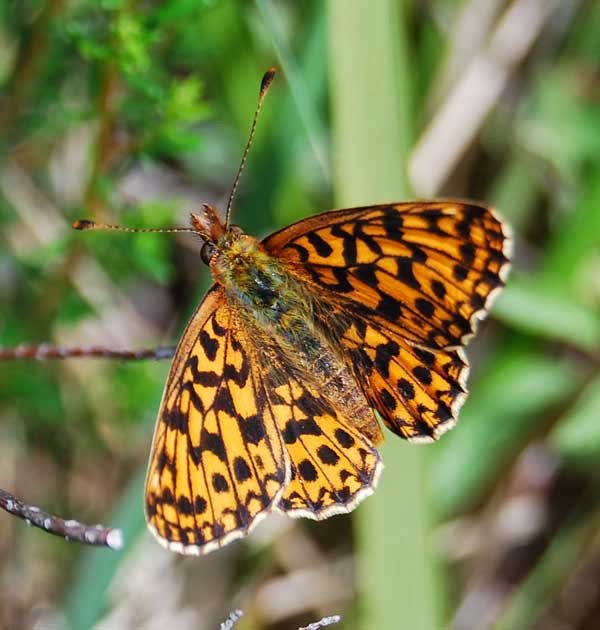 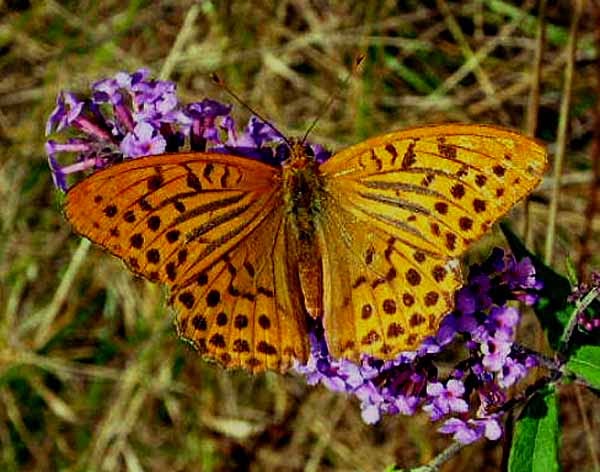 Masses of Lung wort, Pulmonaria, flourishes in this section as well and again although a common plant it’s just so important as a long flowering early insect food source, especially for Bumble bees when there is little else around in February. 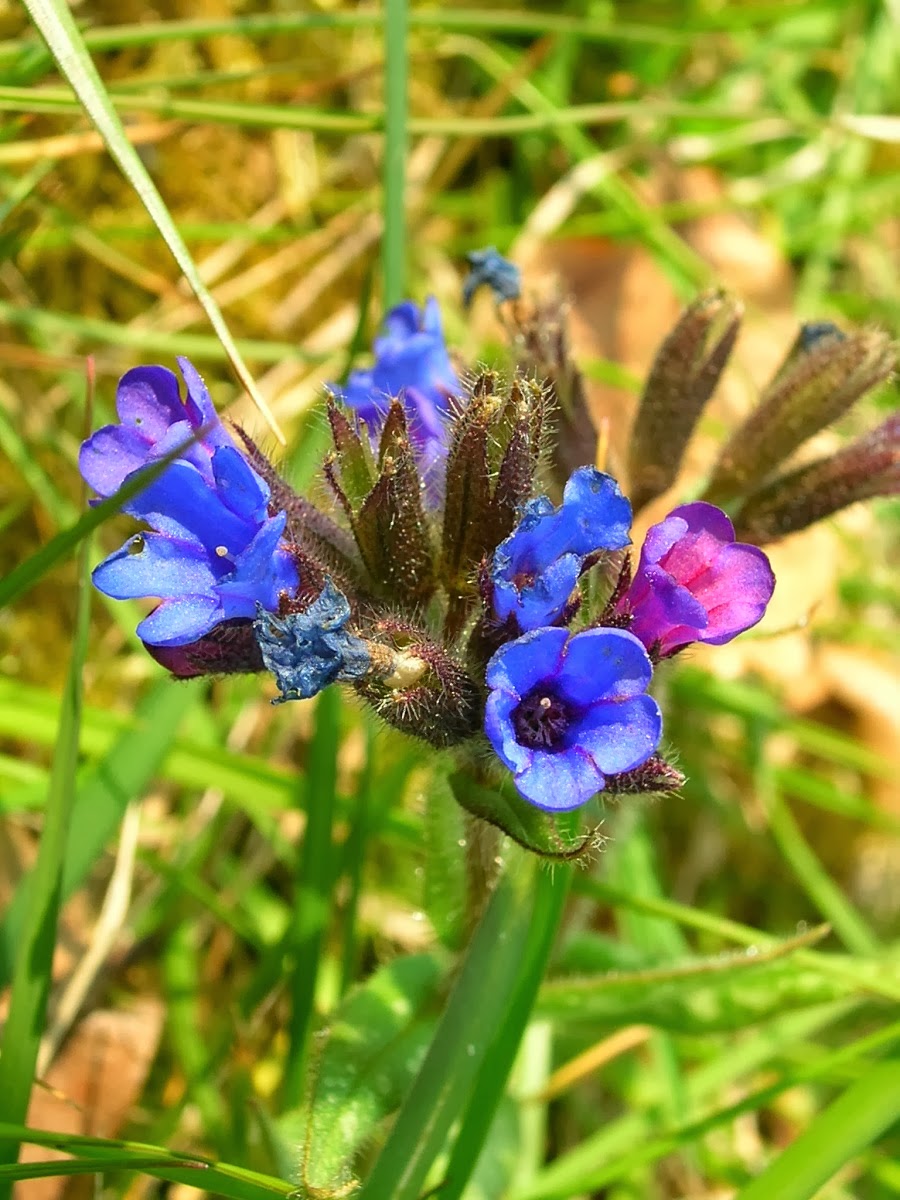 More of this later, Chris
Posted by Chris Luck at 00:09