OK, size isn’t everything but the two largest moths we find in are quite spectacular in both adult form and caterpillar and as such I think are worth a mention, they rarely fail to rise a "wow" when someone finds one.

The Great Peacock Moth Saturnia pyri is the larger of the two and is Euorope largest moth with a wingspan of between 100 and 150mm, (4 to 6 inches), although some texts suggest that 200mm, (8inches), is possible.

Great Peacock Moth on my hand 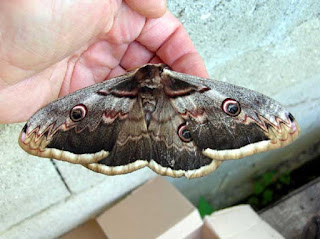 This is a species with only one generation a year with the adults usually emerging from mid April to mid May when they devote their short life entirely to reproduction as they live for perhaps 7 days and have no requirement to take nutrition. 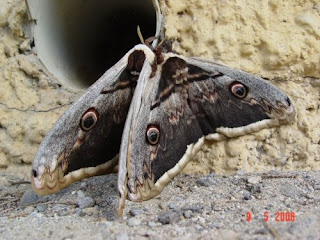 Specifically a virgin female finds a place in a bush or tree where she emits nightly sex pheromones which diffuse into the air which can be picked up by males from as far as 5 km who will home in on the scent, however only one male will get to mate with a female as coupling signals the end of the pheromone emissions and sexual attraction.

It's always worth looking at any outdoor twine door curtains for eggs. 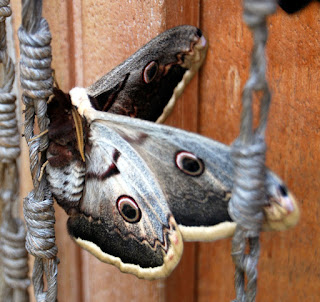 Due to the lack of time the female who is already bursting with eggs will often lay them in the tree where she is as soon as they are fertilised which is like as not in close proximity to where she emerged from her chrysalis or cocoon which may even be the tree where she was an egg herself. In some ways it’s of little importance as the caterpillar will happily use a vast range of deciduous trees.  The caterpillar goes through 4 stages over 35 days before pupating and changes both body colour and the colour of the tubercles. 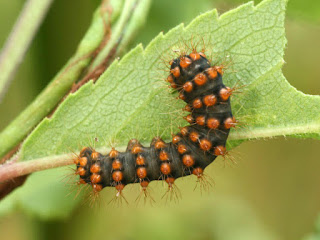 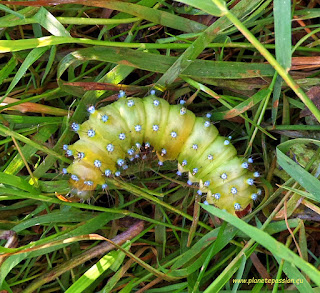 They are to be found more or less all over if there are trees although there are far fewer towards the north.

The next largest moth is the Deaths head hawkmoth, Acherontia atropos, with a wingspan of 90–130 mm (about 3.5 to 5 inches), which makes it the largest European Hawk moth, (Sphingidae). 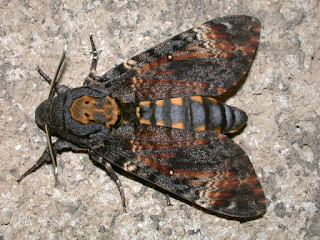 Unlike the Great peacock this is not a French resident as such, (yet), but a migratory species par excellence from where it uses its huge wings to be carried on the air currents across the .

Generally the immigrants arrive in May-June and will reproduce in the warmer south of the country where a second generation may be produced in September or October. The caterpillars live for 3 to 5 weeks and the pupal stage can last for about 3 weeks or so.  Adult moths live for around 6 weeks and feed on plant and tree sugars, sugars from fallen fruits and of course most interestingly they can enter honey bee colonies and take uncapped honey even though they are attacked by guard bees at the entrance to some extent but not seriously, however the thick cuticle and resistance to venom allow them to enter the hive or other colony space. Apparently they are able to move about in hives unmolested because they mimic the scent of the bees. I’m not really sure how this works as each colony has its own unique scent.

Caterpillars go through three stages, feed principally on various nightshades, are frequently found on potato plants and can emit a loud click. 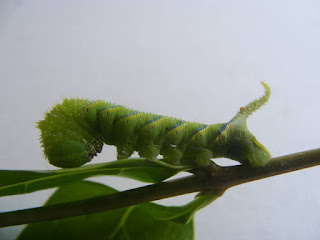 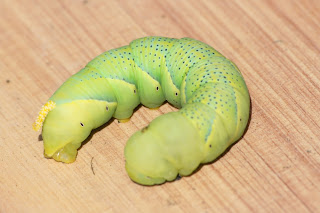 Caterpillars from the second batch will find it hard to pupate and even if they do they won’t survive the winter frosts. 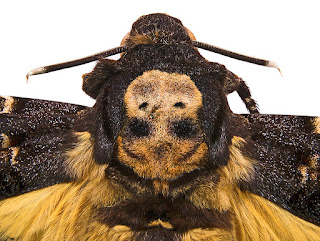 The moths name is arrived at by the skull like pattern on the thorax and it’s another species that was considered to be evil or a harbinger of death. In they were quickly dispatched and treated with Holy water. What with that and pesticides used these days on potato crops they haven’t had an easy time and numbers have reportedly fallen significantly although if there are declines in numbers we would probably have to look to Africa and the situation there.  On the plus side, this year has been exceptional in with larger numbers of sightings of second generation caterpillars following a very mild winter and a warm, dry spring and summer although again we should be cautious as the growth of social media and abundance of modern phones with cameras may simply be bringing to light larger numbers that would otherwise be missed.