Poor year for wasps and hornets

As far as I can gather this really hasn't been a good year at all for the social wasps including Hornets in much of . It’s that bad first 6 months to the year again that caused all the problems, cold nights and too wet, especially bad for the ground nesting wasp species.

Now I guess a lot of people will be happy with this as they are a group of insects that people generally love to hate, or if hate’s too strong a word, dislike intensely. Broadly I can understand why, they are known to sting in certain circumstances and very few people actually enjoy pain or the reaction that can sometimes follow, swelling, itching, soreness and so on although in reality most people are rarely stung or experience very strong reactions if they are.

Of course as usual the media plays a largely negative role with "shock stories" should someone actually die, usually as a result of disturbing a nest and receiving a large number of stings, or perhaps because they are one of the relatively rare people that go into Anaphylactic shock from wasp stings. However when looked at objectively what we find is that wasp stings are just about at the bottom of the list of events likely to cause a serious ongoing health problem or death.

If I take for convenience the official cause of deaths in 2010 for and which totaled 493,242 registered during the year we find that only five people suffered fatal “contact with hornets, wasps and bees".

BUT a total of more than 3,600 people died in falls, including 50 who slipped on ice or snow.  99 people were killed in falls from beds, 52 in falls from chairs, 655 fell down flights of stairs and 13 died accidentally after falling off a cliff.

Needless to say you will have gathered by now where I'm going and that I quite like wasps and hornets and I would like to think not without good reason.

Top of the list is that they kill tons and tons of other insects throughout a full season to feed their larvae. The insects chosen will vary according to the species and to what are available but will include lots of aphids and other so called garden pests. Beats using pesticides and promotes balance. 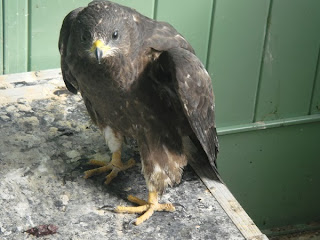 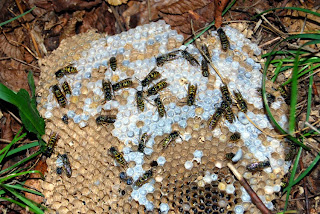 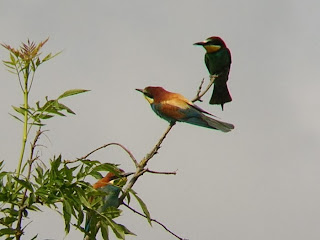 A lack of wasp nests will lead to Honey Buzzards digging out Bumble bee nests which is something to be avoided if at all possible. 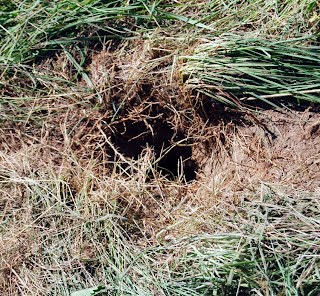 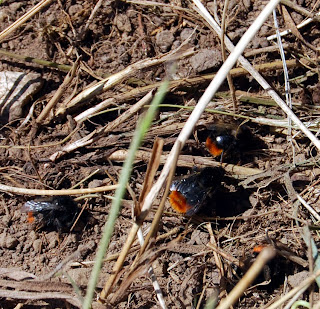 So perhaps wasps and hornets aren't really that bad after all?