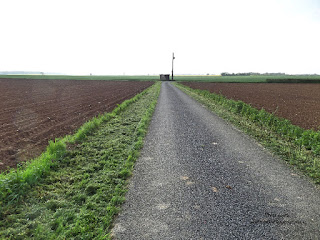 It was some 30 years ago that Soya bean trials were first made in my region of Poitou-Charentes but at that time it wasn’t economically worthwhile and it was cheaper to import from abroad. As the dominate producers, (Brazil, Argentina and the United States), moved to growing Genetically Modified Soya and imports swelled as a result of an ever increasing demand from the industrial production of both meat and poultry some thought there was an opportunity to try growing Soya again. With this in mind Eric Simon of the animal food manufacturer Alicoop, Pamproux along with some others approached Ségolène Royal, (then President of the Region), to provide assistance via additional Regional subsidies alongside those available from the , (Common Agricultural Policy), for this crop. With the market price and subsidies combined it’s more profitable than sunflowers and in a couple of years regional production has exceeded 2000 hectares and is set to grow exponentially. 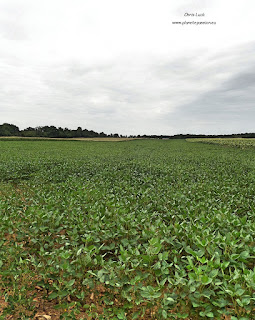 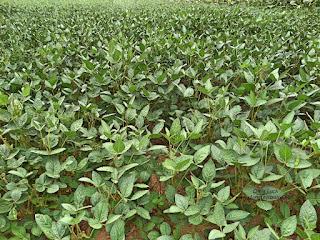 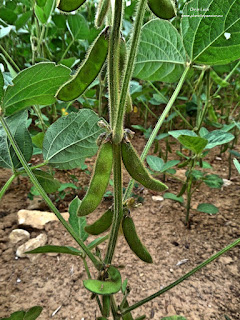 On the plus side it is a crop that like sunflowers can manage without irrigation. It also has no requirements for fungicides or insecticides, fixes nitrogen from the air in its root nodules and provides an alternative to the Genetically Modified alternatives that are imported, all of which in different circumstances would deserve our support.

So what’s the problem?

The simple answer is the vexed issue of the continuing decline of pollinators as a result of every last piece of half viable land being turned to the plough which was already bad enough in itself but it did at least have the small virtue of sunflowers that have usually been grown as the 4th crop that has to make up no less than 5% of the land surface of any given crop producer. If Soya replaces Sunflowers, of which there is every likelihood, it will leave much of the French countryside almost devoid of food in the summer for bees whether they are Honey bees, Bumble bees or Solitary species. The one thing Soya doesn’t have is flowers that open, they are small, remain closed and internally self pollinate. Add this to the other crops that are already grown over the largest land areas, that are wind pollinated and have no nectar, wheat, barley and maize and it’s clear that it’s an expanding “green desert”, pleasing on eye to those that don’t understand but a catastrophe for our pollinating insects. 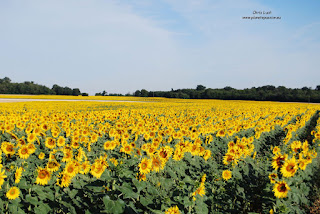 The so called Flow Hive.

As this is a subject that isn’t going away and keeps being brought to light, (usually but not always by people that have little or no experience of keeping bees), I thought I should attempt a response of my own that I can use as and when required that makes my position and views clear. 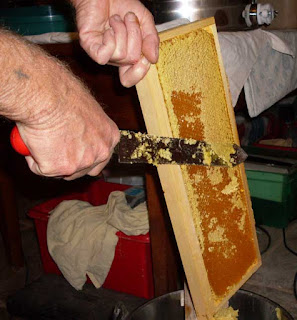 Firstly for people that have no practical experience of beekeeping it should be noted that the structure that matters in this instance it isn’t actually a hive but what we beekeepers call a “super” in English or la hausse in French. This is a supplementary box that goes on top of a hive to enable the beekeeper to collect honey that is in excess to the colonies requirements. The fact that they can also supply a hive to go with it is neither here nor there as it’s the supplementary box and its constituent parts that are different. This supplementary box for honey production is usually separated from the hive proper with a grill that keeps the Queen in the hive itself.

My first objection may not seem very important to some people and that is that the device relies on artificial pre-formed honey comb structures made entirely from plastic when the natural situation would be bees making comb with their own wax.

These plastic frames are designed to shift vertically along the center (or midrib) of the honeycomb structure. This is operated by turning a key that shifts the midrib breaking open the back of the cells containing honey which then theoretically drains backward, drips down the back of the plastic frame and is captured in a trough that leads to a tube that drains to the outside and into your jars or other containers of choice.  Once the comb is drained, you turn the key again which shifts the comb back into its original position when the bees supposedly chew open the wax seals on the front of the comb and refill them assuming somehow the bees know that the cells have been emptied from the back?  All of this is achieved without removing the lid or removing and exposing the comb and bees to the air.

All sounds wonderful but then the sales spin always does.

The first thing is that honey cells need to be filled and sealed with wax by the bees before the honey is ready to be extracted and stored. Taking honey before this has happened will usually mean that the water content is too high thus leading to fermentation, (more than 19%).

Now they make much of how kind this system is to the bees because there is no requirement to remove the lid and remove the frames. They claim that it’s possible to see if the cells are sealed simply by looking through the glazed side but anyone with experience will know this simply isn’t true. As you can see from the photo the faces of the frames simply aren’t visible even from the top with the lid removed which means the frames have to be lifted out to see the entire faces. 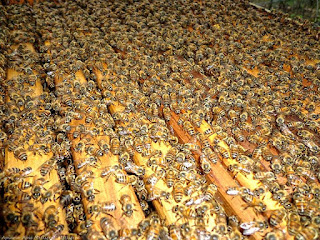 Another concern for me is honey robbing.  Pictures on the Flow™ Hive site also show honey dripping from the hive into open jars with no bees in evidence when in reality any source of exposed honey would immediately attract thousands of bees and potentially trigger a robbing frenzy as other hives in the area rapidly discover free open air honey. Either way, you wouldn’t be sitting there with open honey without there being bees all over and in it. Anyone that doubts this should stand by a hive with a teaspoon of honey and watch the speed with which bees arrive.

Then there is the not so small matter of the nature of the honey and whether it would actually just run out or not. Again anyone with actual experience of keeping bees in most European countries will know that there are some types of honey, perhaps the majority, which simply won’t. Indeed there are some that can’t even be extracted by spinning out of the frame if they start to set in the frame, Oilseed rape being one of them which requires very precise timing for extraction and Heather honey is thixotropic and cannot even be spun out from the combs in an extractor and is usually pressed. These will clog and jam the mechanism requiring the Flowhive frames to be removed and cleaned with hot water.

Price?   Well if you want to spend over 500 US$ for a 7 frame flow hive when you can buy a regular Super with 9 waxed frames for €30 you must have money to burn.

So what if any are the benefits?

Zero as far as I can see, it won’t be less intrusive or kinder to the bees that much is clear and the super with the Flow frames will still need to be frequently removed, emptied of bees and cleaned. If your reason for buying this is because you are afraid of bees or you think it will make it easier you are mistaken.

If you really are determined to try one I reckon that if you wait there will be a glut of them on the market at knockdown prices when people realise they aren’t all they are cracked up to be, or on the other hand I may be wrong. 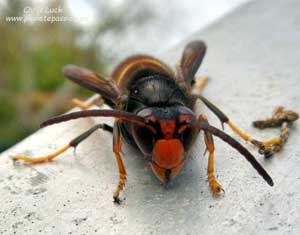 You would be forgiven for thinking that people that keep bees would be concerned about the environment and the general well being of all creatures. Sadly this is often not the case; indeed many bee keepers make a living as so called pest destroyers.

Anyway as they say “The road to Hell is paved with good intentions” and in this case bee keepers, bee keeping groups and other wildlife groups have been extolling the virtues of trapping Asian Hornets, especially in the early spring when the new queens are coming out of hibernation without thinking or considering the repercussions.

The traps that are usually based on the principle of a plastic bottle with a small entrance, often the inverted neck of the bottle, are suspended with a quantity of attractant added. There are various mixtures used but Brown beer, Cider and Cherry syrup mixes seem to be favoured, the argument being that this won’t attract honey bees. It will however attract European Hornets and our native social wasps which are suffering enough already and generally in decline even if you may not think so if you are at place where people are congregating to eat and consume sugary drinks in summer. Of course other insects and flies will also be drawn to the traps and suffer an unnecessary slow death. All of this shows a remarkable ignorance of the current situation of insects decline that is having a devastating effect on our wildlife.

Of course there are selective ways to kill Asian Hornet Queens in the early spring but they require a little effort, but in my opinion that effort is well worth while if it means protecting our native species.

In early spring Bee keepers or individuals can try to kill as many Asian Hornet Queens as possible by hand. They will be easily lured to the slightest scent of honey and I find swatting them with a plastic tennis racket is the easiest method and we can then avoid killing European Hornets and other wasps.