As soon as we start to take a look at either Hedgerows or Dry stone walls it soon becomes clear that in as in many parts of the it’s difficult to talk about one without the other.

Although there have been what could loosely be called hedgerows to some extent in France since before Roman times they really started to come into their own in the 16th and 17th centuries as the available land not already owned by the nobility or the Church was eagerly snapped up by the wealthy middle classes, the bourgeoisie urbaine. They used hedgerows to define their boundaries, to protect their crops and to prevent other farmers from grazing their land. Apparently hedge laying, (plessage), was widely used throughout but has disappeared without a trace in many regions since the 1960’s and I have yet to see an example or a remnant in our region.  From the end of the 19th century and into the first half of the 20th century the industrialisation of agriculture started to change the face of the countryside only interrupted by the two world wars that was subjected to. Following the second world war with mechanisation the changes to the nature of our landscape and the removal of hedgerows gathered pace, something that was given greater impulse with the land consolidations of the 1970’s and 1980’s and the move towards larger and larger fields when much of our hedgerow network was lost. All in all it is estimated that has lost an astounding 2 million km of hedges and this is certainly not without its consequences.
Click on images to expand 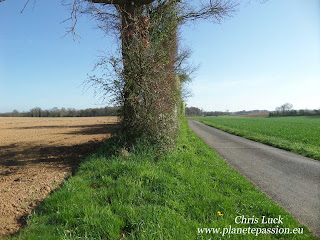 Above - Hedgerows take up farmers land.
Below - The convenience of removing them. 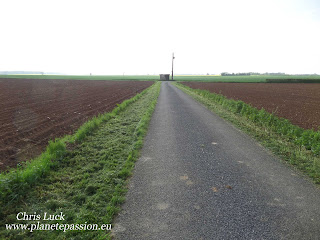 Throughout the same timescale we see the rise and literally the fall in the use of stone walls for enclosures, (murets de pierres) or sometimes a combination of the two, a dry-stone wall with a hedge. These can be found today in many parts of the region although the walls are often dilapidated and only partly standing other than when maintained around gardens. To most landowners they are generally at best of no interest or even a hindrance to their activities. Again the losses have been massive. 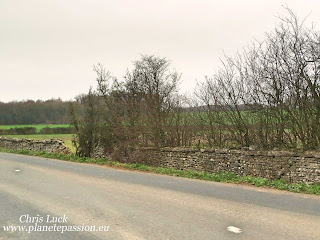 Above - remains of dry stone wall and hedgerow

Hedgerows come about in different ways, for different purposes and will contain different species. Leaving garden hedges aside from a strictly practical perspective for most farmers and landowners that meant making use of the most robust and abundant natural species that were probably growing there in the first place. Most people will know what they are, especially if they have a bit of rural land. Bramble, blackthorn, hawthorn, hazel, spindle, chestnut, oak, box, field maple, elm, beech, holly, ivy, dog rose and wild privet are all typically found and can provide a dense livestock barrier when managed correctly and do a rather good job of keeping people out as well.  Correct management, in this case, is keeping the hedge height and shape compact with a height of around 1.5 to 2.5 metres and a width of 1 to 1.5 metres. This will help prevent gaps appearing, something I see too often here where even newly planted hedgerows are simply left to grow into a row of closely planted trees with huge gaps and limited usefulness, however the occasional tree here and there that is allowed to mature as part of the hedgerow can be beneficial. 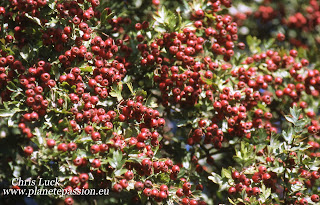 Above - Hawthorn berries
Below - Rosehips on Dogrose 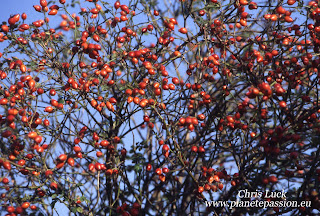 As mentioned there is little practical need for hedgerows by landowners anymore, indeed in my conversations with local agriculteurs they are often proud of the wide open landscapes with no nasty hedgerows to obscure the view and make life difficult. Where required the introduction and easy availability of metal wire, stock fencing and electric fencing has done away with the requirement for hedgerows. Whilst not wishing to blame them it needs to be understood that hedgerows and dry stone walls have a usefulness and long-term economic value both to farmers and wildlife that only too often hasn’t perhaps been considered or taken into account.

Hedgerows and Dry stone walls provide unique habitat structures that are completely different to anything else including woodland. Importantly they heat up and retain heat in a completely different way that provides protection and breeding habitat for birds, reptiles and mammals as well as a vast number of insects throughout the year. Another feature which will have been noticed by anyone that walks in the winter is that they provide fantastic windbreaks giving shelter from wind and driving rain on the lee side. This same wind break action helps to prevent the soil erosion that results from modern cereal production methods; in fact soil erosion now affects most of the main cereal growing areas in and other major agricultural production regions and can amount to several tonnes per hectare every year. Given it takes around 500 years for just 2.5cm of topsoil to be created amid unimpeded ecological changes this is a resource we must conserve.
Good dense hedgerows will also build up a mass of living debris at the base, something that takes many years to establish and is of great value to both wildlife and maintaining the soil structure, somewhere for vast numbers of ground beetles and other insects to survive that will, in turn, provide food for hedgehogs and small insect-eating birds. As well as the bushes and trees that make up the hedgerow there will be numerous native flowers that find a place at the base, far too many to name here with native climbers such as Honeysuckle and both Black and White Bryony and White Bryony  provides food for the Bryony Ladybird, Henosepilachna argus, that eats the leaves. 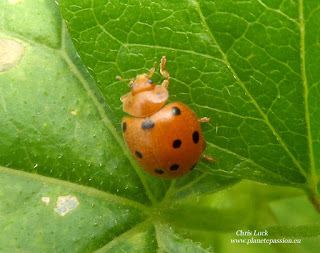 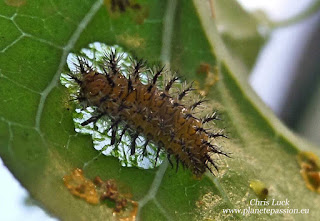 Everywhere we look we find that all of the plants and the shrubs that are part of this structure will all have an importance to other species with many having unique or specific requirements.  Leaves provide food for specialist caterpillars, flowers provide nectar and pollen for different species of bees and other pollinators, broken hollow bramble stems are where the Small carpenter bee, Ceratina cyanea, a very small solitary bee species you may hardly notice lay their eggs. No article about hedgerows could leave out the importance of all those berries many of which rely on being eaten to be distributed far and wide having passed through a bird or a mammal. Blackberries are perhaps the most widely eaten of all our native berries, Birds, Pine and Stone Marten, Wasps, Hornets, and various other insect and fly species all have their share, not to forget humans. Hawthorn berries and Rosehips are sought after by the Thrush family, (Fieldfare, Redwing, Song and Mistle thrush), in winter when the weather is extreme and the ground is frozen. Hedgerows are also of huge importance to certain species of bat particularly Natterer’s bats and the two Horseshoe bat species, Greater and Lesser. Last but not least we will all have seen dead Barn owls by the side of the road and may even have been unfortunate enough to have collided with one in flight, I have and it isn’t a pleasant feeling. These collisions invariably occur where hedgerows have been removed for the simple reason that Barn Owls hunt by sweeping low across the land and a simple thing like a hedgerow pushes them up and over any traffic. 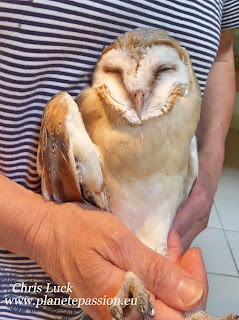 Above - Injured Barn Owl - one of the lucky ones

We have reached a point where although there is still a net loss of hedgerow each year the pace of removal is slowing; arguably it will be anyway because so much has already disappeared. Also there are land owners and sometimes communes that are planting new hedgerows and in the the LPO helps raise finance to plant hedgerows every year for a dozen or so small farmers that want to improve bio-diversity on their land. 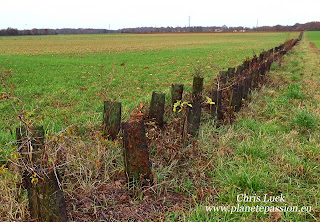 Whilst welcoming all new hedge planting we do need to remember that a newly planted hedge will take many, many years to be anything like as useful as a hedge that has existed for 50 years or more so saving existing hedges should be a priority with continuity maintained wherever possible to preserve their role as wildlife corridors. Perhaps it’s worth mentioning that in December at Saint-Ciers-de-Canesse and Pugnac in the vineyards two 190 metre hedgerows have been planted to protect the school and its playground from spray drift following the 2014 poisoning of children in the that resulted from spraying the adjacent vineyard. This type of planting is set to continue in other places where children are at risk.

As for the tragic loss of dry stone walls it unlikely that much can be done to redress this and it seems certain that most of those that exist in the open countryside will continue to disappear as they have no economic value.