Snakes and their names in France

This comes up in questions and conversation all the time and frankly there isn’t much point asking your neighbour, in fact mentioning snakes isn’t a good idea unless you want to run the risk of being treated to a diatribe on how they should all be killed. 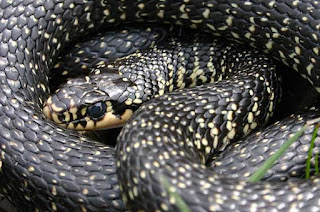 There is a lot of confusion caused for English language speakers by the translations of French to English for snake “prefixes” resulting from historical errors that have never been corrected since the first dictionaries which have been copied ever since. These are the common or vernacular names in normal usage although again it’s unlikely that most French people know them.

Couleuvre is often thought to mean “Grass snake” but in fact it is used for a group of snakes in France, 6 in all, that reproduce by laying eggs, and are all but one harmless and non venomous.

Coronelle, which won’t often be heard, is used for 2 species of snake in France that are harmless and non venomous, one, the Southern Smooth snake lays eggs and the other, the Smooth snake is “live bearing”, that is to say although not giving live birth in the standard sense it is when the babies hatch inside the mother and are then released to the outside world and can immediately fend for themselves.

Vipère which are the true vipers, they are venomous, potentially harmful and have retractable forward facing fangs and are also “live bearing”.

Email ThisBlogThis!Share to TwitterShare to FacebookShare to Pinterest
Labels: Snakes

Ponds in Poitou Charentes from an article in Living Magazine. 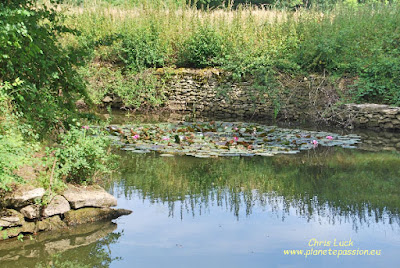 Living in this part of with water on demand at the turn of a tap, it’s easy to forget that as little as 20 to 25 years ago there were many people in small hamlets that only had the well to supply their needs. Pumped domestic water for many is a relatively recent phenomenon in rural . The further we go back, the more people depended on other means to provide and store water for themselves and their livestock which included different types of ponds, troughs and containers depending on the purposes they would be required for. In turn, these often provided an important habitat for a range of species, amphibians, reptiles, insects and plants. Sadly, many have been lost for one reason or another or have been altered to satisfy our desire for ornamentation.

Read the full Article here.
Posted by Chris Luck at 19:43

Email ThisBlogThis!Share to TwitterShare to FacebookShare to Pinterest
Labels: Ponds

A couple of interesting maps from the studies carried out for the European Commission certainly throw up more questions than answers.

From my own perspective anything around 15% could be considered normal with colonies that are not heavily manipulated.

Anyway, here are the maps and also a link to the document and other downloads. 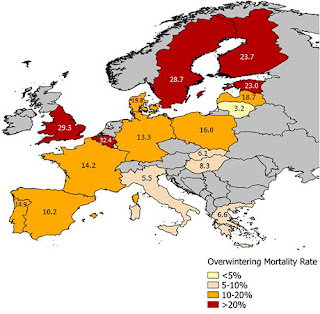 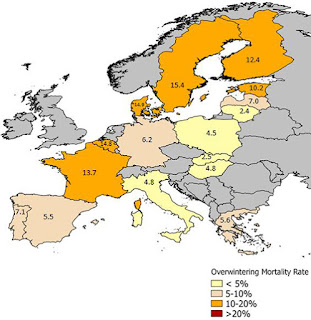