A page dedicated to photos of Honey bees in France many of which will be found in blog posts or on my web site in the sections covering Bees in France.

This comb was drawn on a branch which is something bees will do if they fail to find somewhere suitable that is enclosed. In this case the main colony did move on and only a small number of residual bees were left that missed the swarm leaving. 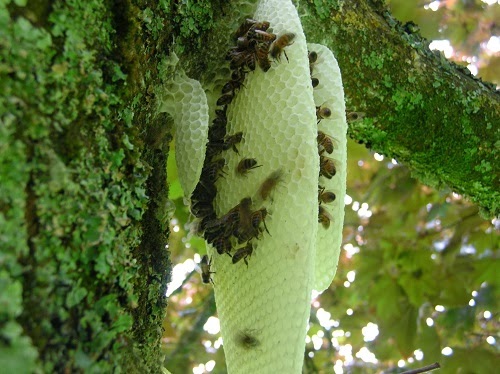 The colony that was made on this branch below didn't find anywhere else to go and was doomed to failure when winter came if it wasn't moved into a hive or other cavity. 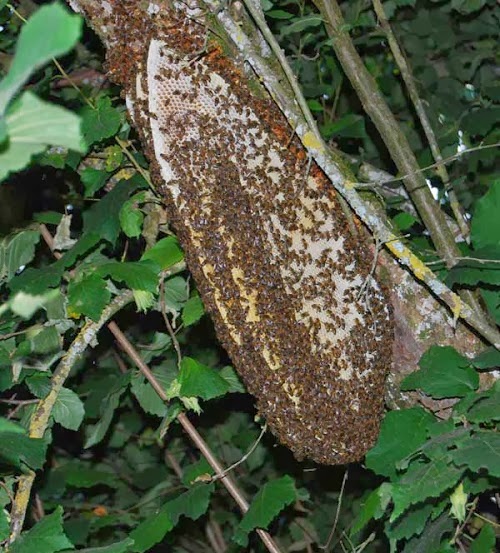 The honey bee below is collecting old propolis from used hive frames, an interesting bit of recycling. 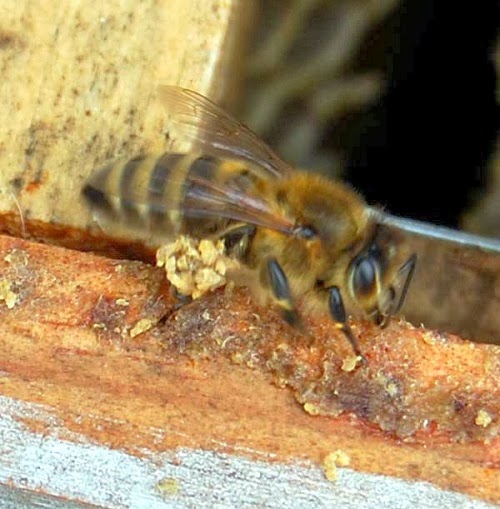 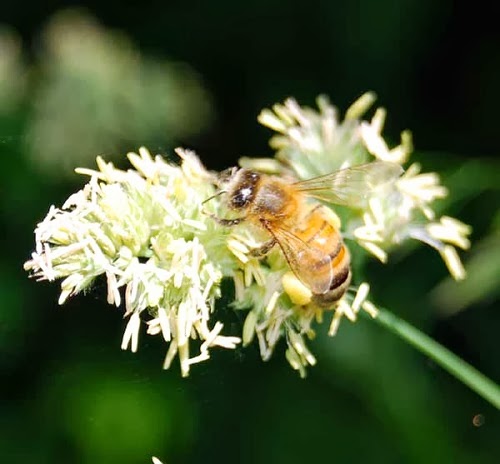 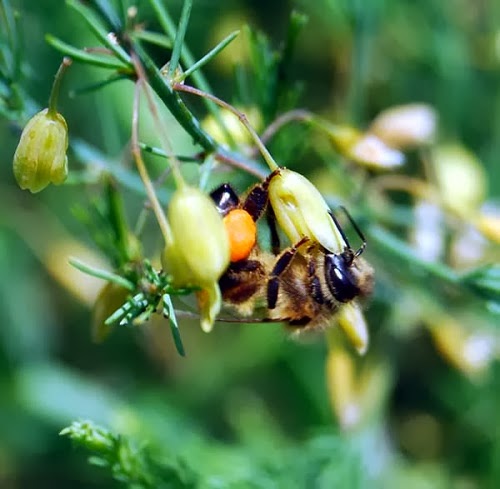 Honey bees in France will frequently set up home between closed exterior shutters and the window in houses that are left unattended during the swarming season, usually April to June but sometimes as late as August. These colonies can be removed by a bee keeper, however this can be a tricky, messy job and take several hours. I've put a few examples below. 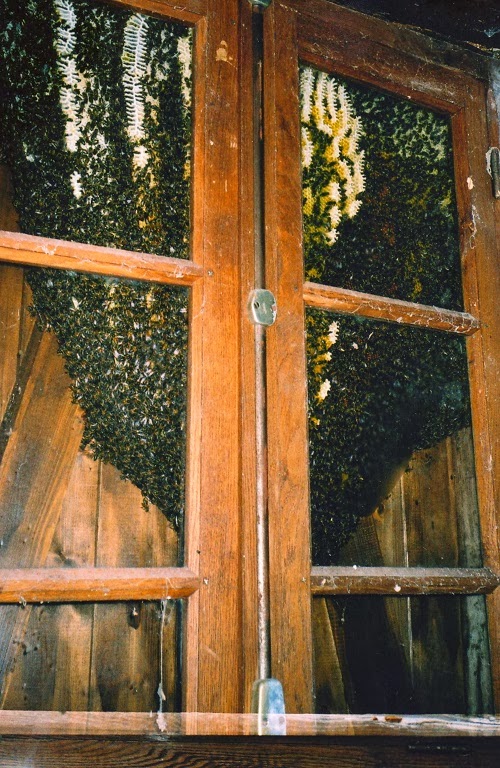 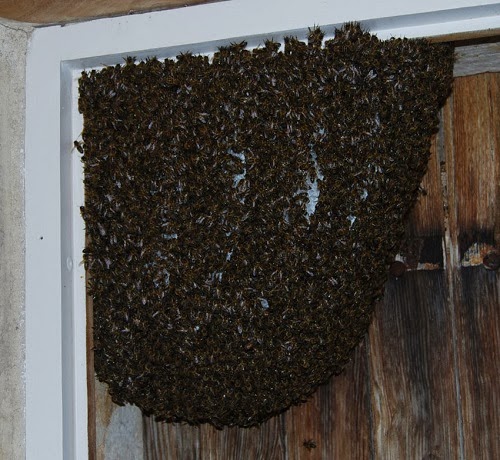 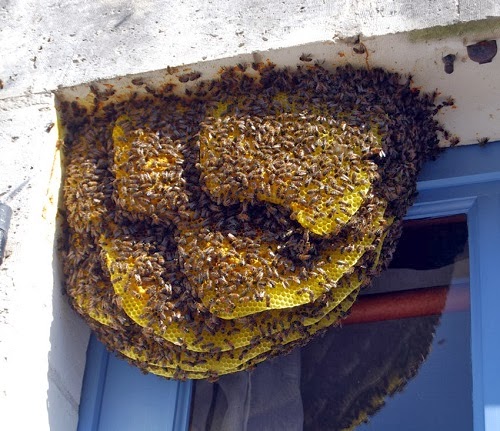 A number of other species prey on honey bees. Below a praying mantis sits on the landing board of a hive where it takes the occasional bee as a snack. 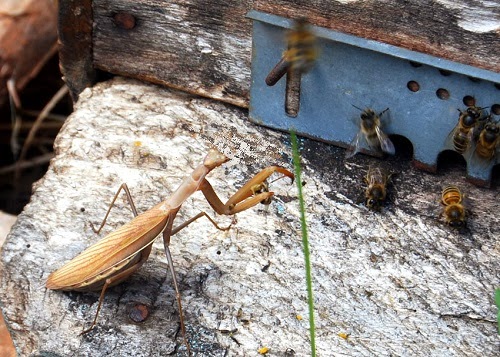 This Zebra spider below has made its web near the entrance to a honey bee hive and is guaranteed of a regular supply of food. 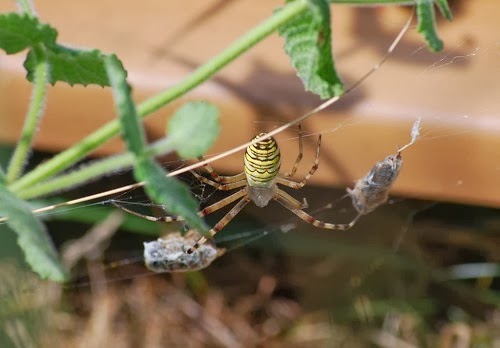 Crab spiders lurk on flowers waiting for insects to arrive and honey bees are frequent victims. 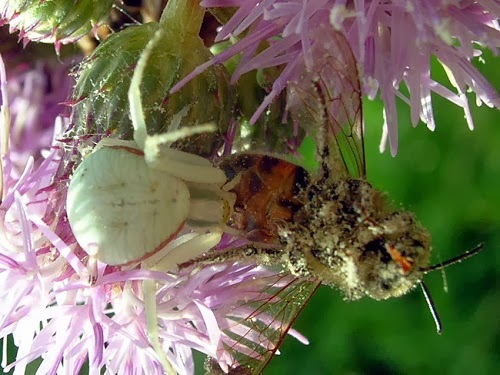