Stag beetles, Devils Coach horse and a couple of others.

Devil's coach-horse beetles Ocypus olens or Staphylinus olens as they once were classified are still out and about here but with the current cold they will need to be finding winter cover soon, one of the many species that may find a place in our house if they are lucky.

They along with the Stag beetles have had an exceptional 2013 around here and I have never seen so many, at times it has been hard to avoid them and quite large numbers ended up being squashed on the roads. Although they are both common species it seemed worthy of a mention due to their completely different biologies.

In French the Devil's coach-horse is simply called "le diable", the Devil or "le Staphylin odorant" literally smelly staphylin due to the foul odour it emits from a pair of white glands at the end of its abdomen.

They belong to the rove beetle family (Staphylinidae) and are well known for raising their abdomens, and opening their jaws rather like a scorpion when threatened. As predators that hunt mainly at night they will have a go at most other invertebrates dead or alive as will their larvae with the food being repeatedly chewed, swallowed, generally messed around with covered with brown secretions from the foregut, reduced to a liquid and digested.

They only have the one generation a year, egg, larvae, (with 3 instars), pupa and adult, (which can live for two years). 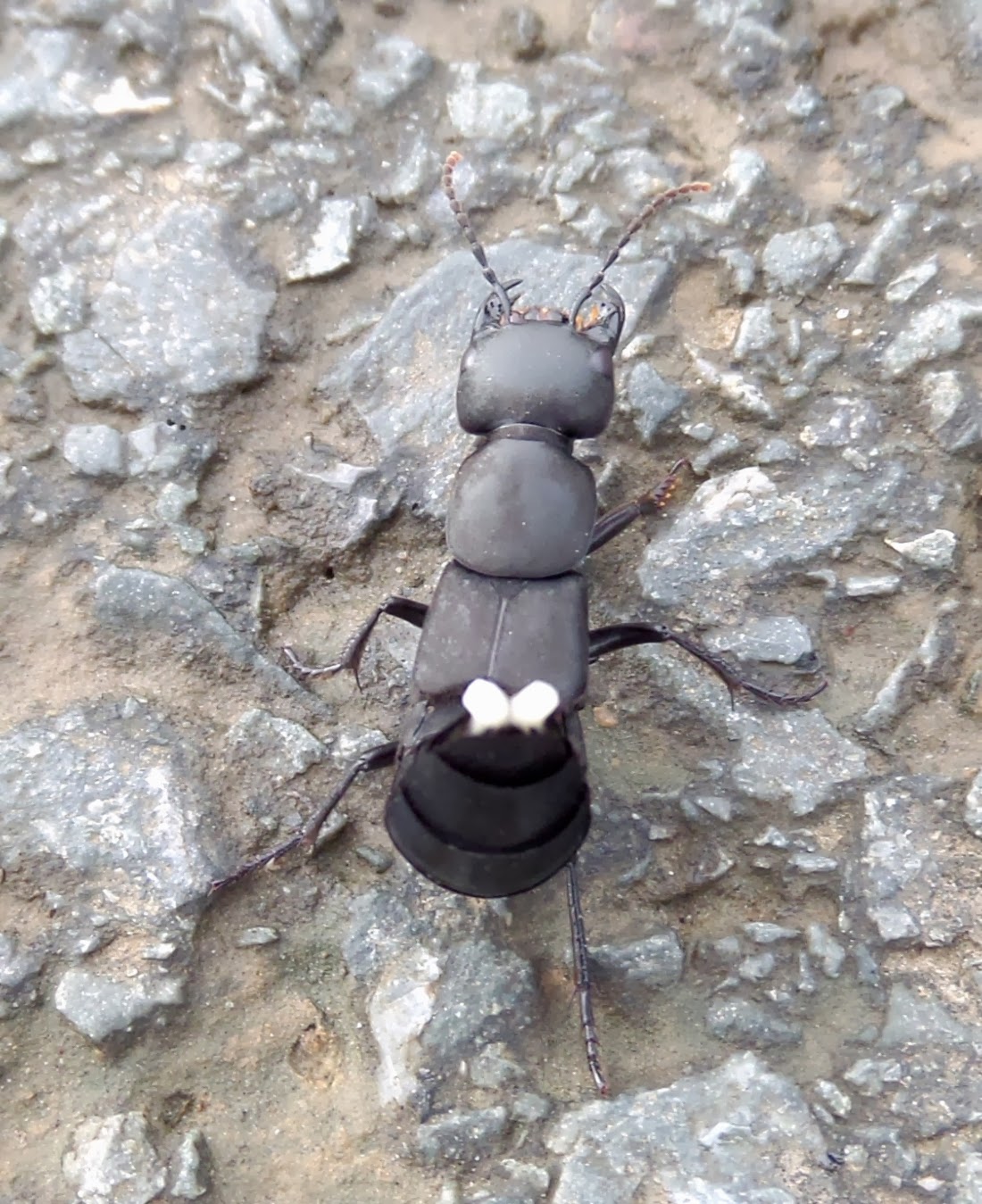 Stag beetles, Lucanus cervus, Lucane Cerf-volant in French, (Cerf-volant means Kite in English and in this case it refers to the way the males fly), are completely different in just about every respect from the Devils coach horse and never fail to draw attention to themselves, often to their detriment. They can certainly come as a surprise, (along with many other creatures), to people from the UK that have never come across them.  The adult beetle has a short life and doesn't eat as such but does take some liquid sustenance often from fallen fruit. Cherries, plumbs and other soft fruits are particularly favoured as are plant secretions.

They are members of the Lucanidae family with a larval life that can last from between 2 and 6 years which is thought to depend on temperatures - egg, larvae, pupa, adult. This variable long life cycle seems to be quite an evolutionary insurance policy and one that is shared with many other species of beetle and some moths. Over time it should provide both genetic variation and smooth over bad weather years. 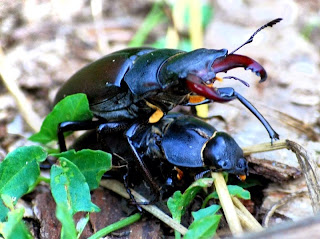 Unfortunately for these beetles they both can be thought to either be the Devil or have some connection with the Devil in rural France. This may seem strange to anyone with a modern or scientific mind set but I've actually seen older folk going out specifically to kill them. Fortunately with the way woodlands and copses are managed here, (or not managed as is more the case), Stag Beetles and other woodland beetles and insects are doing OK for now although I had to laugh the other week when my new neighbor who builds wooden "eco" houses and waffles about global warming informed me that leaving fallen trees and such like in the woodland was bad for the environment because it released carbon as it decomposed. Good job that doesn't happen when you put it on the bonfire !!!!!!!!.

I'll slip these photos in here as well. 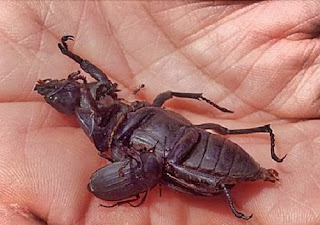 and another eating a crane fly. 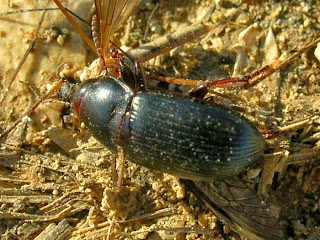 More on Stag beetles, a really informative site.
Stag beetles — All they need is love and wood