Another house guest for the Christmas holiday fluttering round the room was a tiny 20 plume moth. These micro moths are so hard to see in any detail with the naked eye and I didn't manage to get the best of pictures. The English name of this unusual little moth is something of a misnomer as each wing is separated into 6 'plumes'. The scientific name is more accurate, meaning 'six-fingered'. 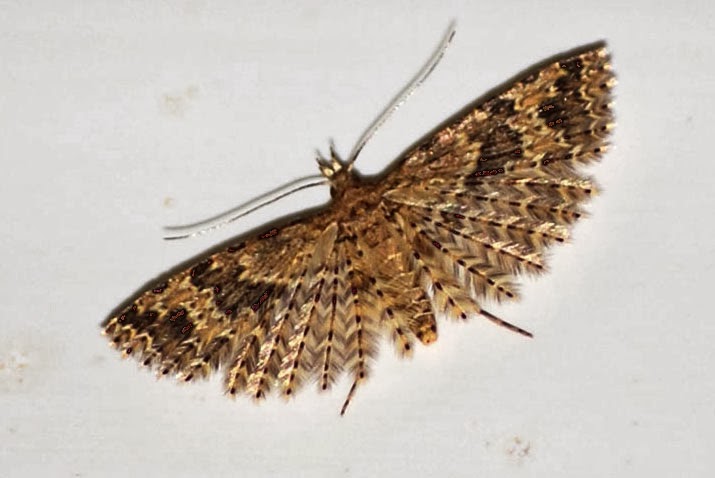 Called Ornéode du chèvrefeuille in French due to the fact that the caterpillars of this moth eat the flower buds and leaves of Lonicera - species of honeysuckle.

The adult moths can be seen throughout the year and are known for overwintering in houses and other buildings.

Eggs are laid in May / June and caterpillars are to be seen mainly in June and July with Pupation taking place in July and August.

Found throughout Continental Europe, Scandinavia and the UK it is a common species wherever honeysuckle plants are present.