Hen and Montagu’s Harriers have always been victims in many European Countries and is no exception.  Historically they have been persecuted and killed simply for being birds of prey, something which affected many other raptor species until they were given protection in 1976 but unfortunately this wasn't the end of their troubles.

Both Hen and Montagu’s Harrier are birds that like wide open spaces, heath land and plains and it is in these habitats that they make their nests on the ground in low to medium height vegetation and this has lead them into trouble as natural open habitat has disappeared to be replaced increasingly with cereal cultivation. This wasn’t too much of a handicap when crops were more diverse, spring sown and the land was worked with small machines or by hand. The birds adapted to using wheat, barley and pea fields without too many problems, (other than the persecution), then the so called green revolution started, autumn sown barley and wheat crops were developed and there was the introduction of oil seed rape, also autumn sown in France. Farm machinery keeps increasing in size and crops are harvested earlier in the year which in most years will be before the chicks have fledged leading to large losses as they are chopped up.

Here in Poitou-Charentes we host more than 20% of the entire French nesting population for these species as can be seen from the maps and with this in mind Groupe ornithologique des Deux-Sèvres, the LPO Vienne, LPO Charente Maritime and Charente Nature participate in protection schemes funded by the EU, State and Region in the zones that are considered most important having been given Natura2000 status. 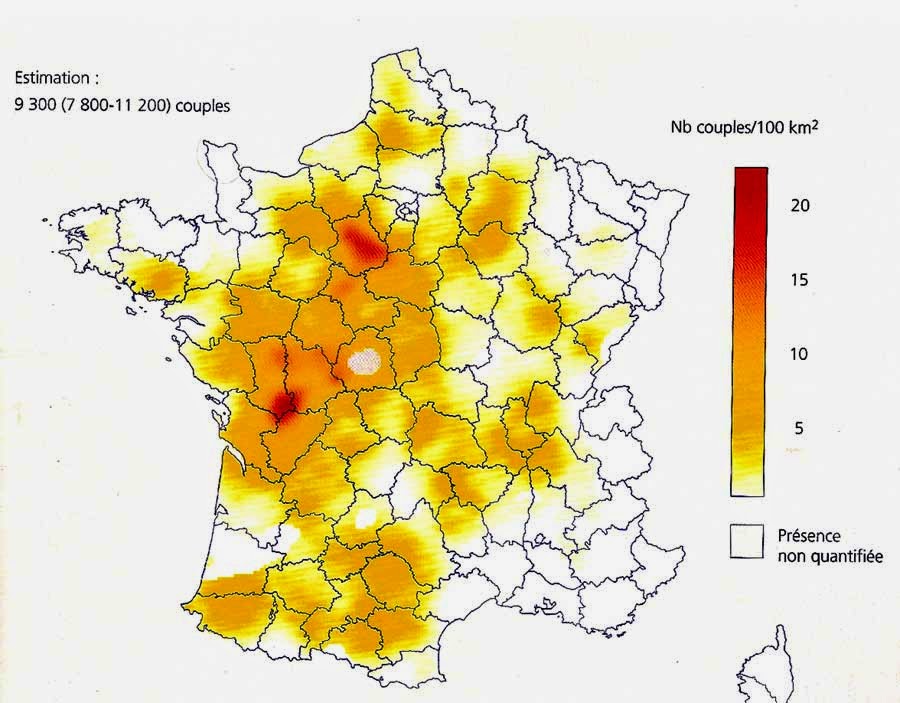 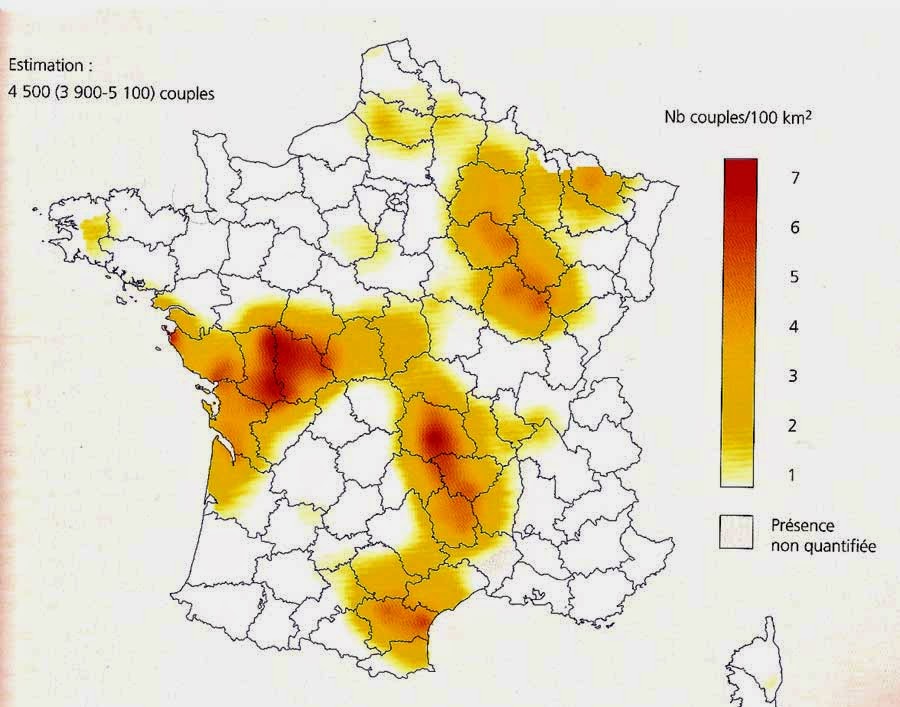 Huge amounts of time are spent building relationships with farmers attempting to convince them of the importance of taking part in measures to protect the nests and young on their land in return for modest financial compensation. Most of the day to day work is carried out by volunteers that observe the birds in spring to record birds that are paired and where the nest site is located. Initially this means observing mating displays and aerial prey passing followed later by males carrying prey in their talons which they bring to near the nest site for the female. She will either fly up and the prey will be passed to her or the male will place it on the ground a short distance away and she will fetch it. Having noted where she flies up from it is then possible to locate the nest and mark it with poles allowing continued monitoring with ringing or wing tagging of young birds in some cases.

Unfortunately this year between 25th and 26th June the nests of four Monatgu’s Harriers were systematically destroyed with the loss of 17 young birds. These nests had been fenced with chicken wire and there were no signs or traces left that would indicate any form of natural predation. As the Montagu’s Harrier is a fully protected bird the LPO will be lodging a formal criminal complaint against “X” (person or persons unknown).  Sadly this follows on from a very poor breeding years for both species in both 2012 and 2013 as a result of cold, wet weather conditions and a crash in the vole populations with many pairs simply not even nesting. 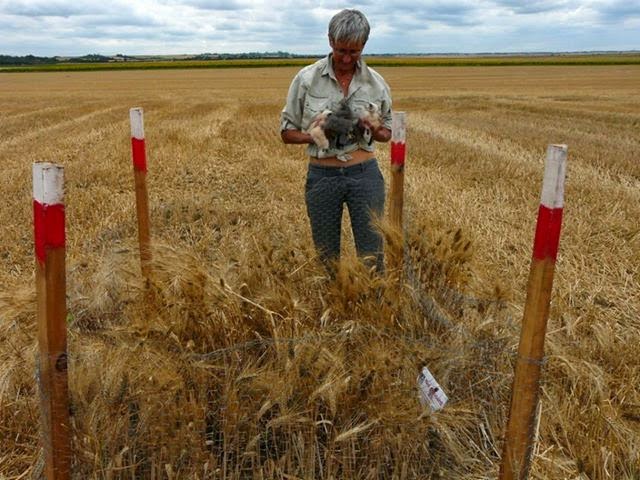 Hen Harriers are more or less resident here in Poitou-Charentes with some birds moving to the south or to in winter. Current estimates are for between 7,800 11,200 breeding couples in .

Montagu’s Harriers migrate to for winter where they reside on and can form roosts in the thousands. Current estimates are for around 3,900 and 5,100 breeding couples in .