We are fortunate at our place to have substantial numbers of them due in no small part to the habitat structure of our land but there is no reason why most people shouldn't have them in their garden in rural France, (or the UK for that matter) or that they shouldn't be anywhere else that isn't being constantly ploughed and sprayed. However where they have become locally extinct or absent it is difficult for them to re establish due to the fact that the females can’t fly and rarely move far from their birth place.

Generally they have a preference for longish grass, footpath and track edges, roadside verges and the base of hedgerows, anywhere in fact that provides nutrition for the larvae and somewhere for the female to be visible to males that are flying around looking for them.

They have a complete 4 stage metamorphosis, egg, larva, pupa and adult and the principle species to be found here is Lampyris noctiluca

Females having mated immediately lay their eggs and then die, a fairly common occurrence in the insect world.

The eggs, which are laid between June and September take up to 30 days to hatch at which point the larvae start to feed on snails and less frequently slugs which they continue to feed on for 1 or 2 years, even 3 sometimes. These delayed and staggered larval life spans allow for bad years and provide a sort of insurance. The larvae have pale spots at the rear edge of each segment. They move very slowly on the surface in search of prey and can sometimes be seen on paths in daylight. Otherwise they tend to be found under stones, pots and so on and may well be accompanied by a number of empty, unbroken snail shells. Larvae of females can emit a faint glow which may be visible on dark nights.

Video of a glowworm larva riding on the back of a snail to bite and inject the poison that is produced in the larva's intestine and is able to digest proteins. VIEW VIDEO 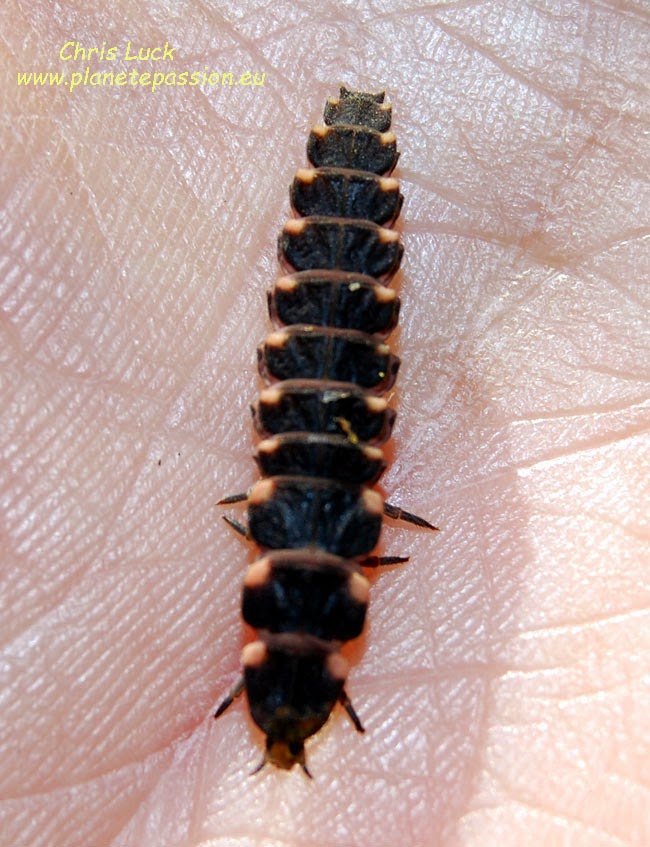 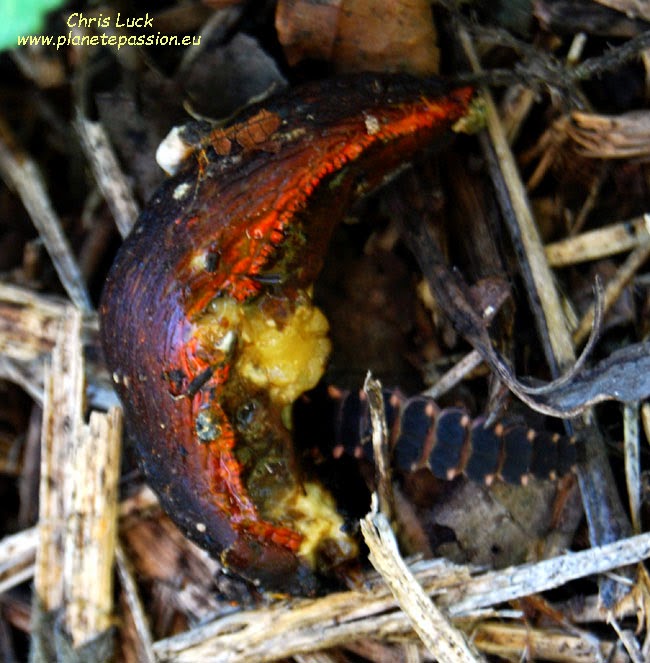 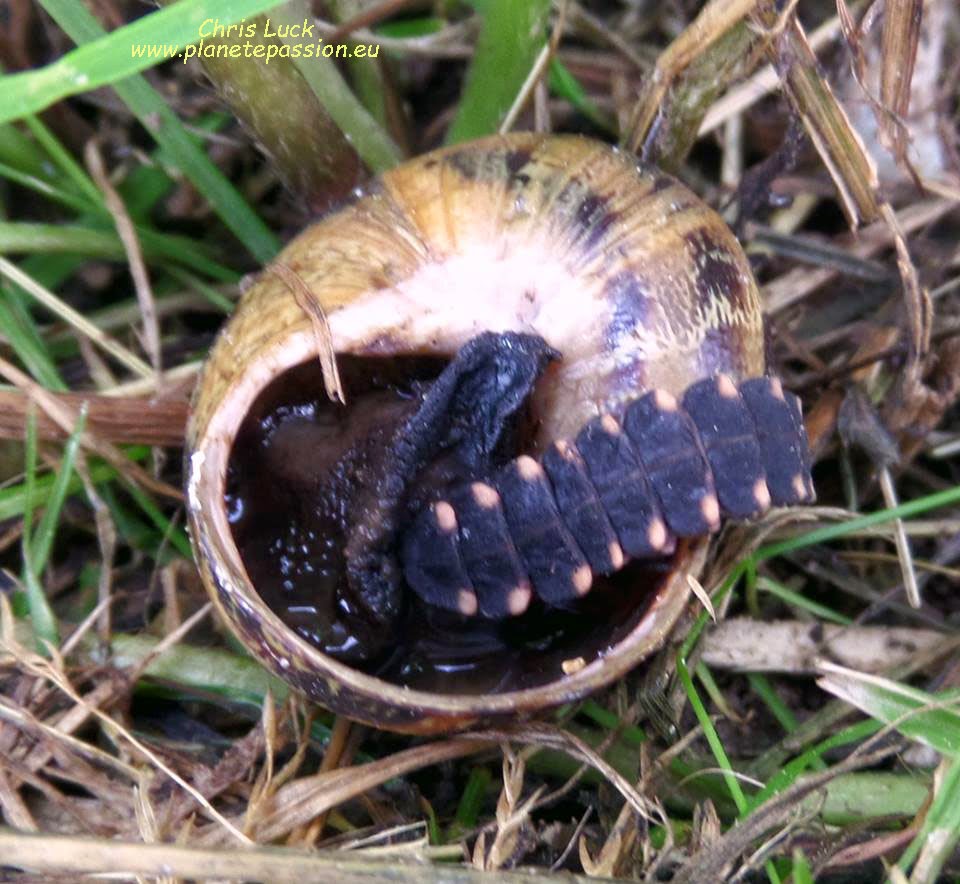 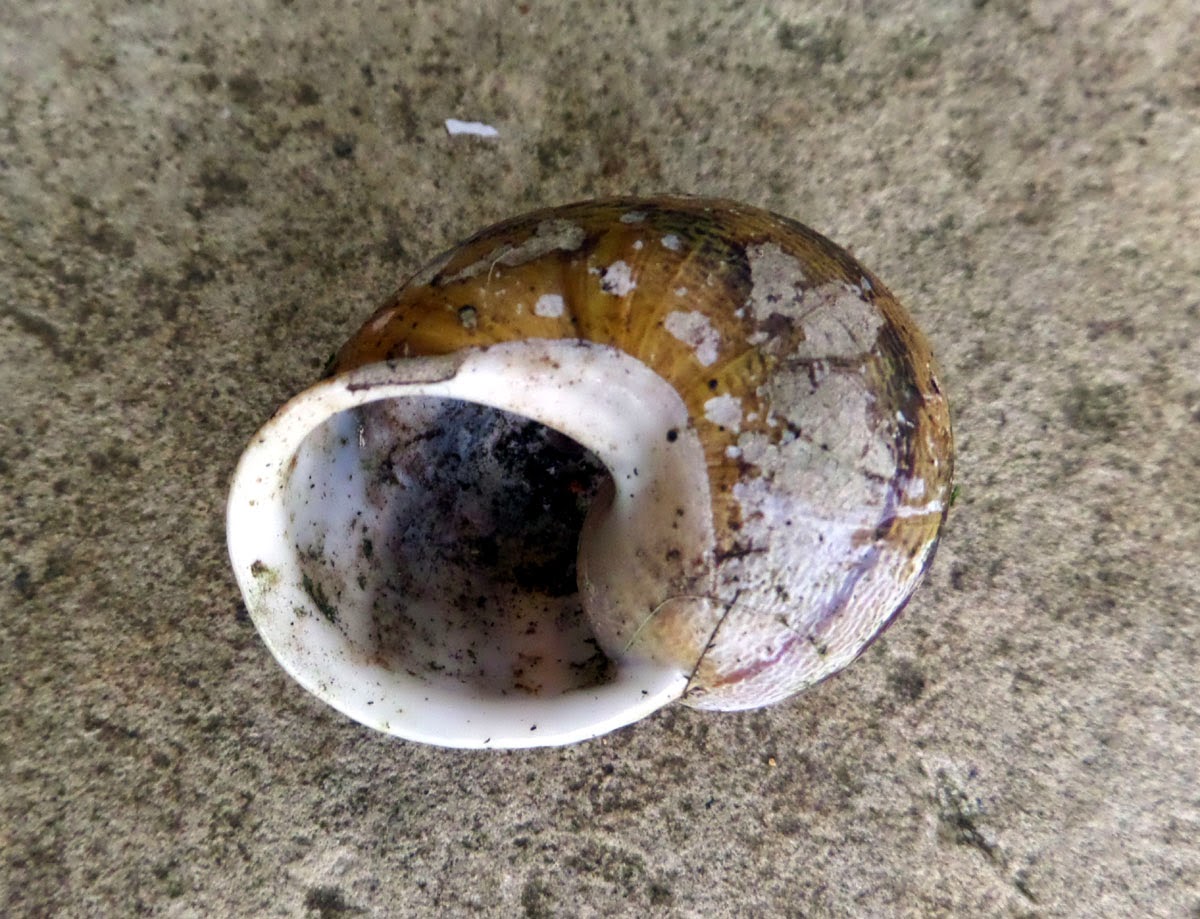 The pupal stage only lasts 10 to 15 days and is not often encountered by people unless they are actively looking for them.

Male and Female adults are different in so much as only the males have wings and can fly, neither are thought to eat.

Females have a similar appearance to the larvae but without the pale spots at the rear edge of each segment and with a pale line down the centre of their backs. They don’t move around very much spending their life either on the ground or clinging to a grass stalk to allow their glowing end to be visible at night They are rarely seen in daylight. 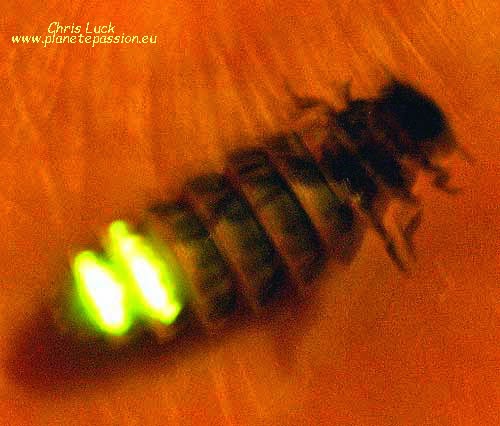 Males are much smaller with dark brown or black wing cases and fly low at night searching for the glow of females. 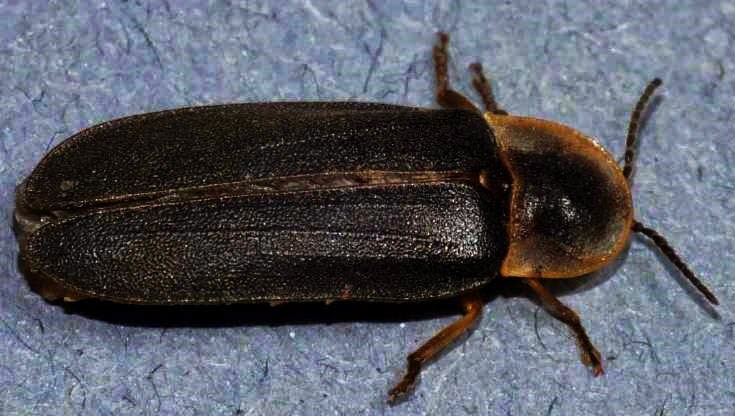 From a conservation point of view we need to avoid pesticides at all costs and not be too fussy about having some snails in the garden or on our land. Even in smaller gardens it should be possible to make one part of the garden a snail zone with a rock feature and some favoured snail food. Finally we need to ensure that there isn't too much in the way of outside lights that may prevent the males from finding the females.