Pesticides, Herbicides, Fungicides and GM crops all in the French news.

How the time flies when you’re busy and when the bees are swarming it doesn’t leave time for much else, especially if you are like me and are always leaving everything to the last minute. In this case it’s preparing enough hives and frames for the swarms to be housed in which I’ve just about kept up with, (about 25 so far). Then nature decided to lend a hand by dishing out the rather vile weather we have been experiencing for the last week which has prevented any more colonies from swarming giving me some catch up time. Unfortunately this won’t have helped the bees at all. Any colonies prepared and waiting to swarm may have had to tear down and destroy any Queen cells that were about to hatch and colonies that had already swarmed may have had problems mating their new Queens with all the cold wind and heavy rainstorms which seem to be an increasing spring feature of the weather in this part of France. The requirement to be around my hives for swarming does rather hamper my other activities at this time of year which is a shame, but back out and about soon with some interesting field trips penciled in. 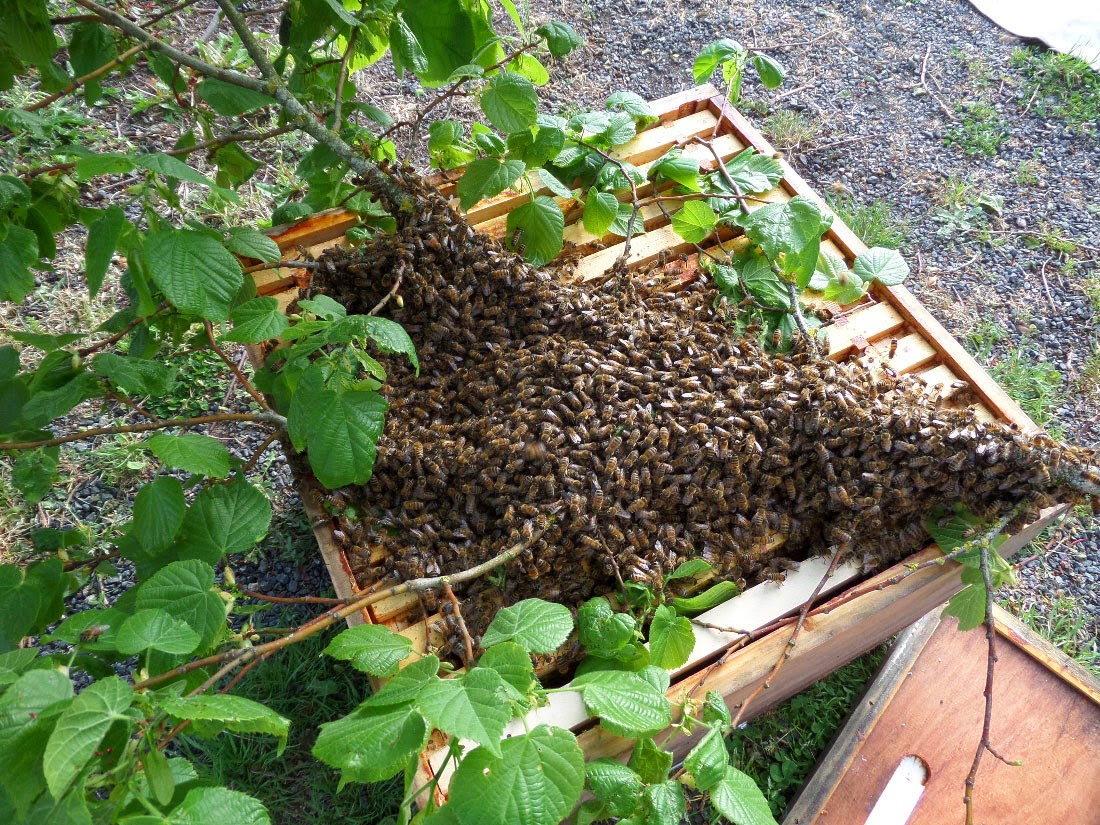 On the agricultural front there has been some good news recently in with the total banning of aerial spraying without any exceptions. This has been an EU law since 2009 but individual member countries can derogate from this when and if they consider it’s required. In this has been principally in the overseas territories of , the and with certain of the vineyards of Mâcon, (Burgandy), in mainland . No future authorisations will be granted. Additionally all use of land based sprays will soon only be permitted in the evening and night, not in the daytime although how this will work out and be enforced in practice remains to be seen. 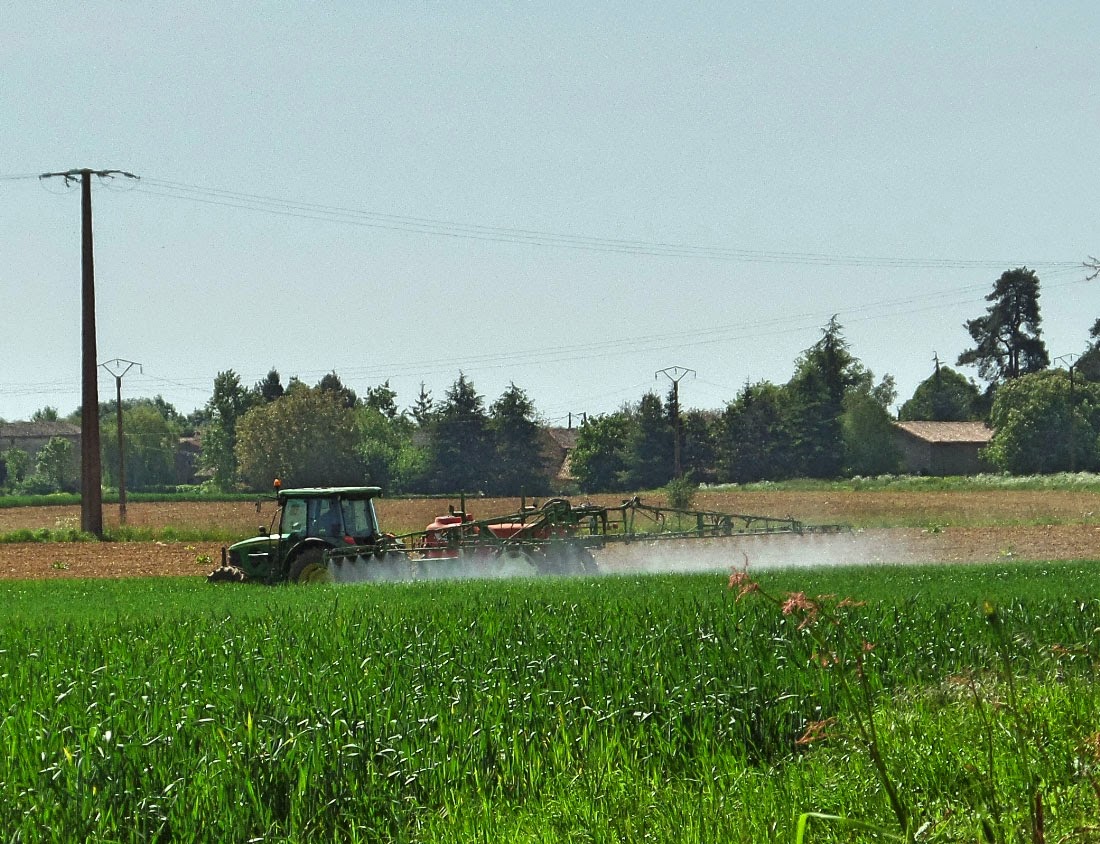 Cultivation of Genetically modified crops has been totally forbidden by the French government which will please many people myself included although I’m sure the corporations will fight back again and again to try and get this overturned.

Back to the vineyards where it seems the river between and Saints is the most polluted stretch of river in with the finger pointed firmly at the grape growing regions.  A study in 2011 by the highly respected CHU Poitiers showed a higher mortality rate for the population living in the vineyards. Scientists found an over representation of Parkinson's disease (29%) and blood cancers lymphoma types (19%).  Atrazine, desethyl atrazine and the “worlds’ favourite herbicide” glyphosate have all been recorded in substantial levels. Dependence on chemicals at every stage of most French wine production is reducing it to no more than another industrial process, sad days indeed. Even now as I write this there is a report in the paper Sud Ouest of an incident on May 5th at a school in Villeneuve near Bourg-sur-Gironde surrounded by vineyards where 23 students from two classes of primary school and their teacher began to feel the same symptoms of pain in the throat, tingling of the tongue, eye irritation, nausea and headache in the late morning. Earlier, the director had tried to contact the mayor, Catherine Verges, who is also one of the two owners of the vineyards adjacent to the school, to stop the spraying that was underway but to no avail. These incidents are not uncommon and I have heard the tales of people feeling unwell in the vineyards since we came to live in . The craziest thing of all is that Emmanuel Giboulot a biodynamic winemaker since the 1970s was summoned to the Criminal Court of Dijon this year for refusing to use a chemical product to control flavescence dorée, a bacterial disease of vines. On April 7th he was fined €1000 following which Emmanuel Giboulot said “I do not feel guilty at all. I do not agree with the court's analysis and I still consider that it was not justified to treat the vines against flavescence dorée in the department of Côte-d'Or in 2013 when no outbreak had been detected.” He went on to say “that a product called Pyrevert that is based on natural pyrethrum, an extract of dried chrysanthemum flowers is permitted in organic agriculture but this insecticide is not selective and although it destroys the leafhopper which is the insect vector for the disease flavescence dorée it also destroys a large part of the auxiliary fauna on which I rely for regulating the ecosystem of my vineyard.”  Which is to my mind a totally logical attitude; if and only if there is a requirement to control something it should be targeted and proportionate.

Too much to mention everything in the garden but it hasn’t been good again for butterflies and I've only just seen a few Hornet Queens and Common wasp Queens in the last week and none of the smaller wasps. It does seem that the number of insects is decreasing year after year although I have no hard evidence for that but with the relentless expansion of the “green cereal desert” and given the massive levels of “cides” that are being sprayed here all the time, both agricultural and domestic, it wouldn’t be a surprise. However it isn’t all one way traffic, woodland species seem plentiful with lot’s of Violet oil beetles early in the year, lot’s of baby Bush crickets in our fields and the one butterfly that’s abundant this spring is the Southern speckled wood. All the common birds have nested well on our land and many have fledged their young such as Long tailed tits, Goldfinches, Blackbirds and Black caps. Nightingales are once again everywhere making their presence known with their almost non stop singing with Golden Oriole arriving here in the last week. 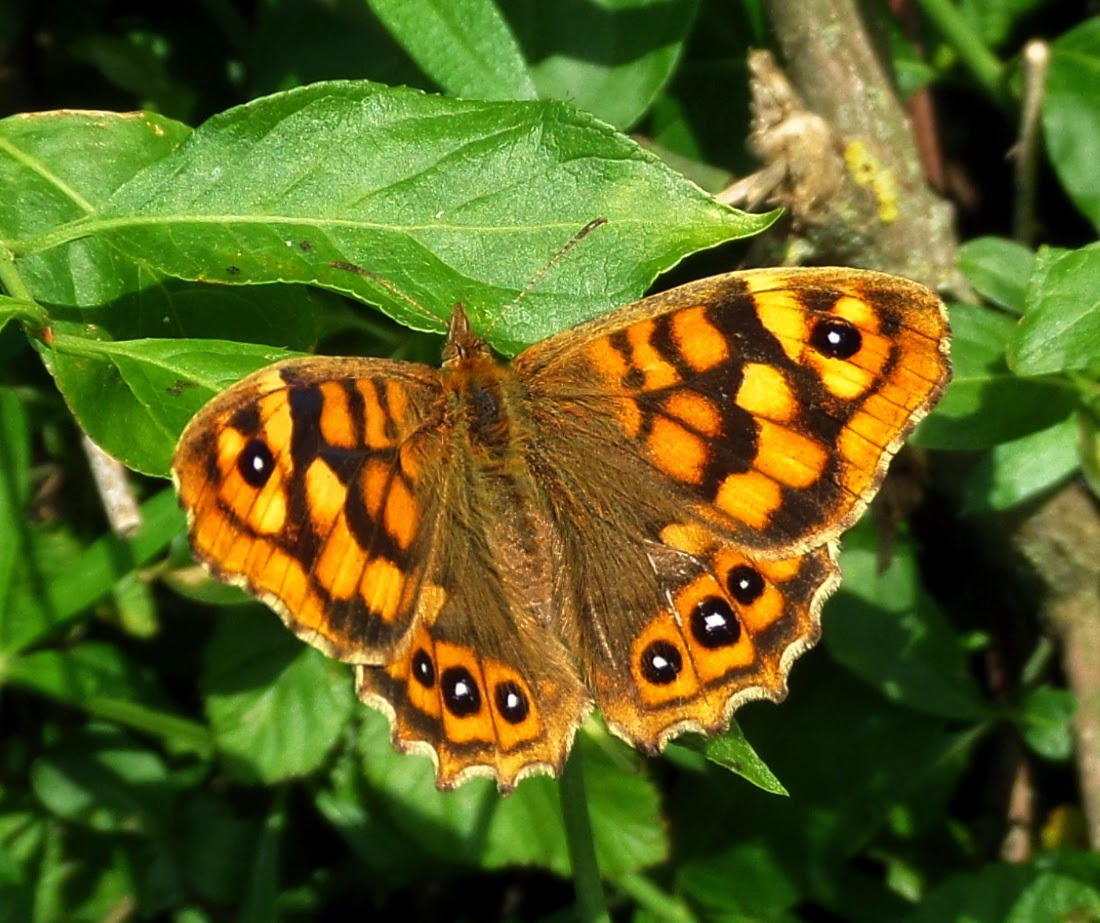 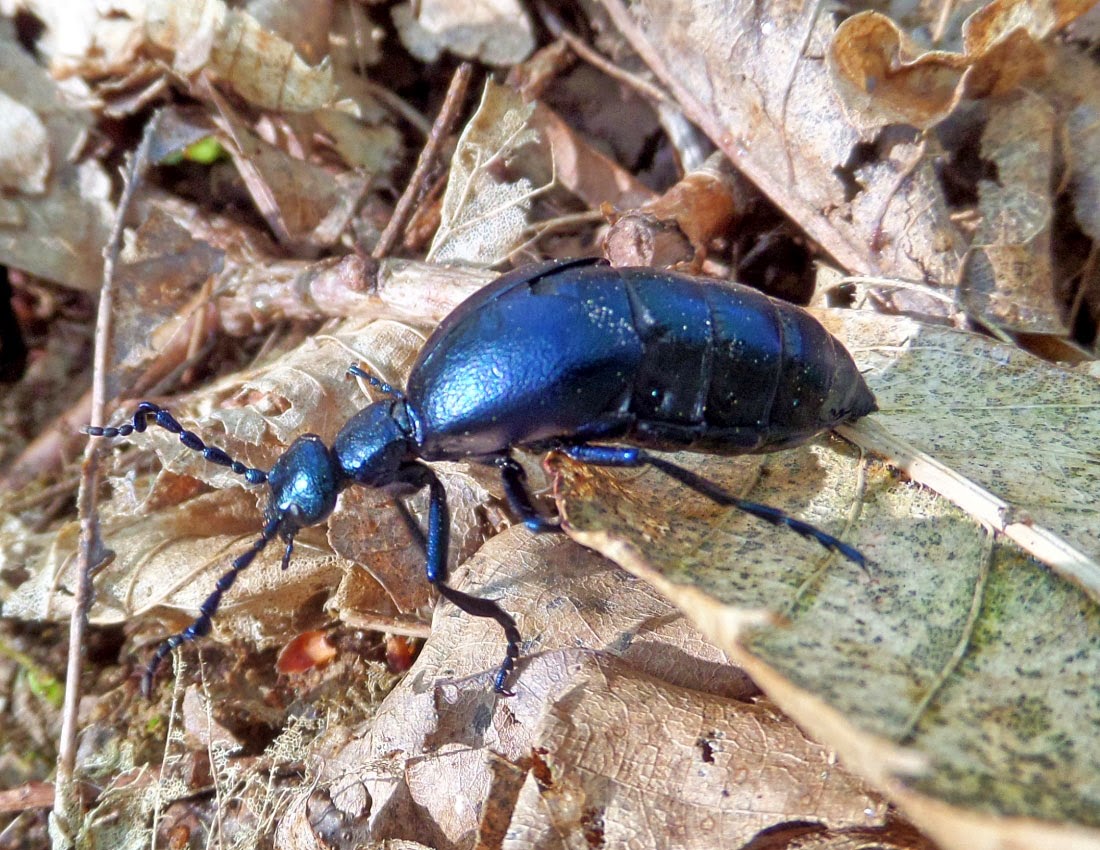 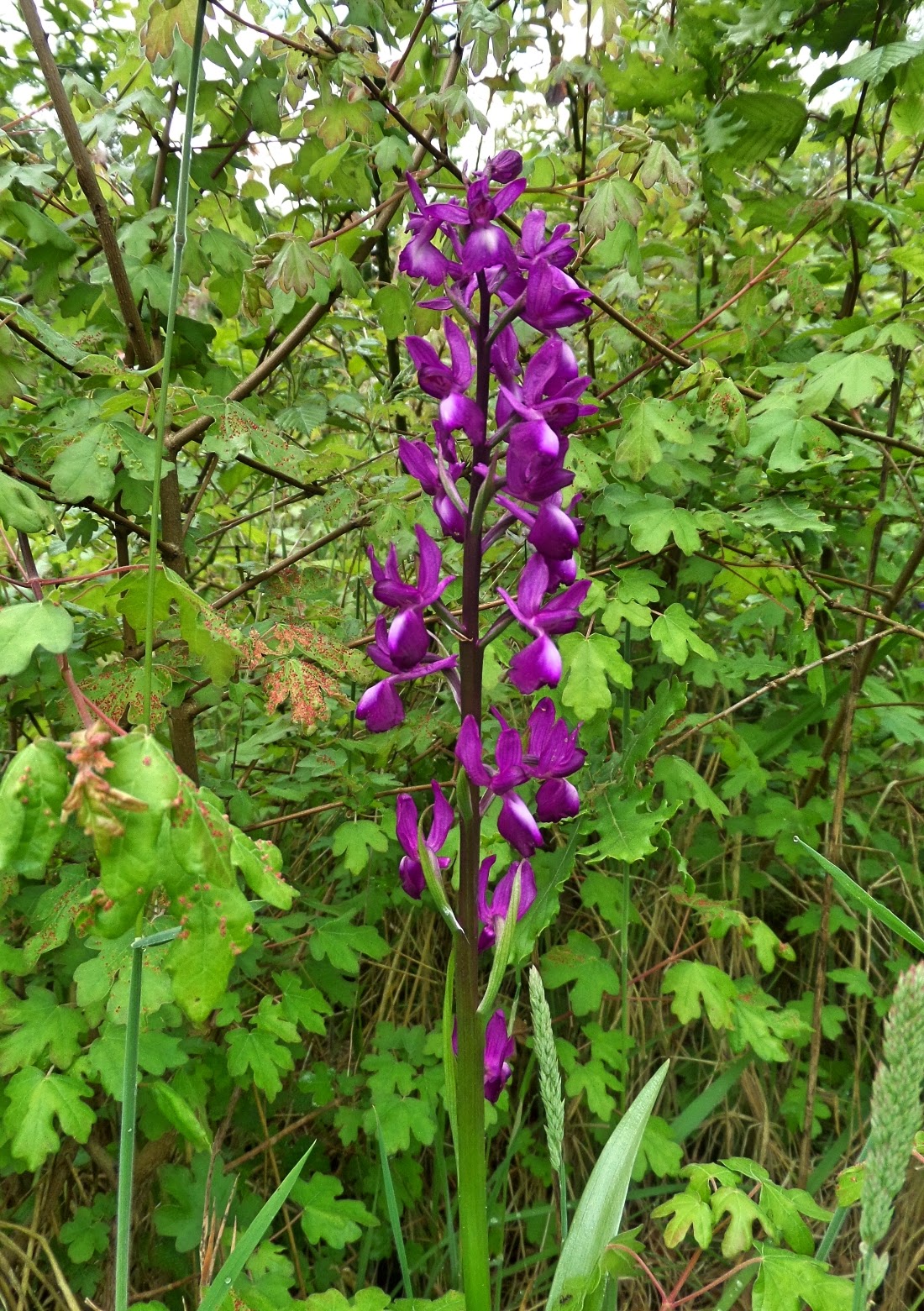 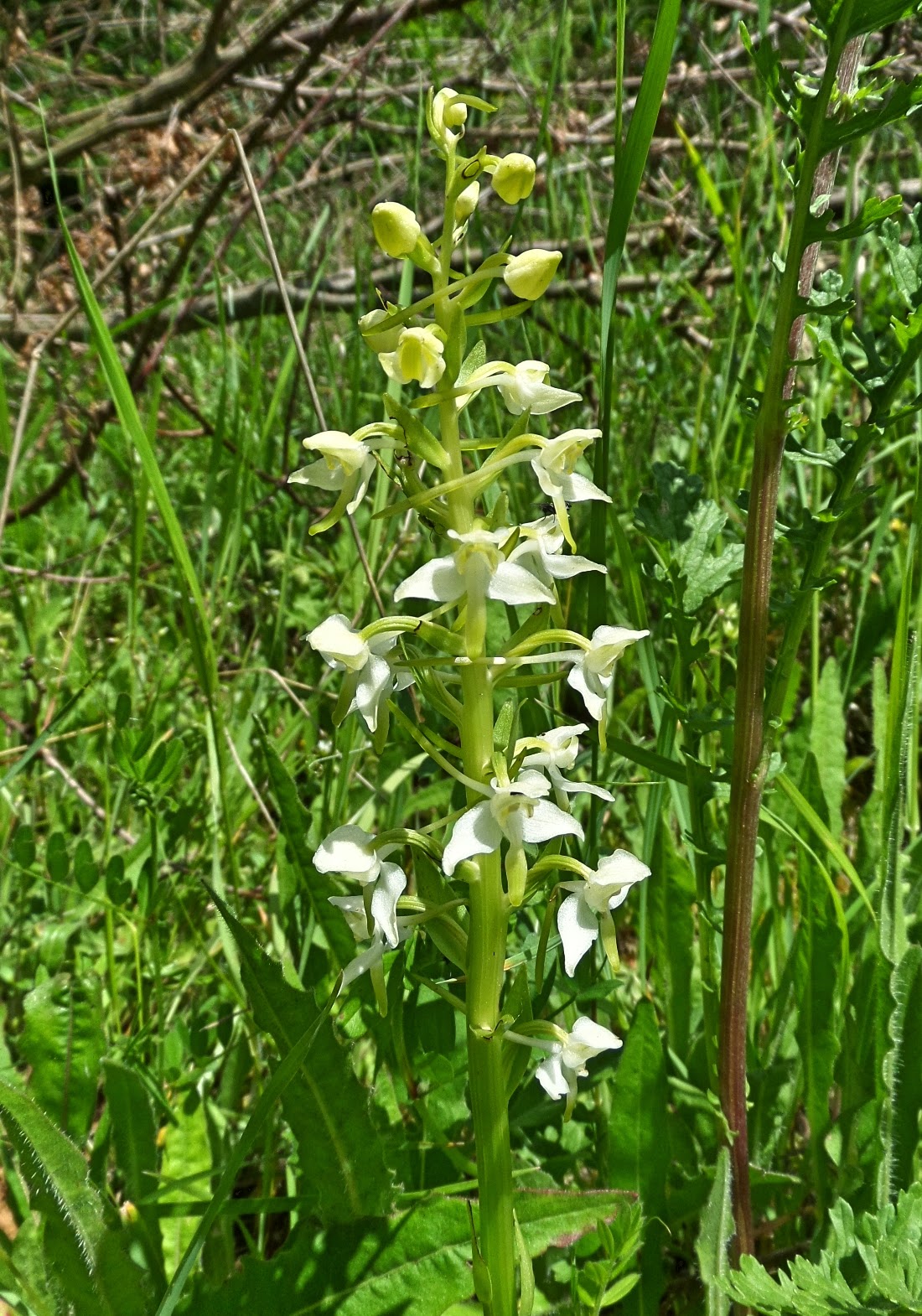 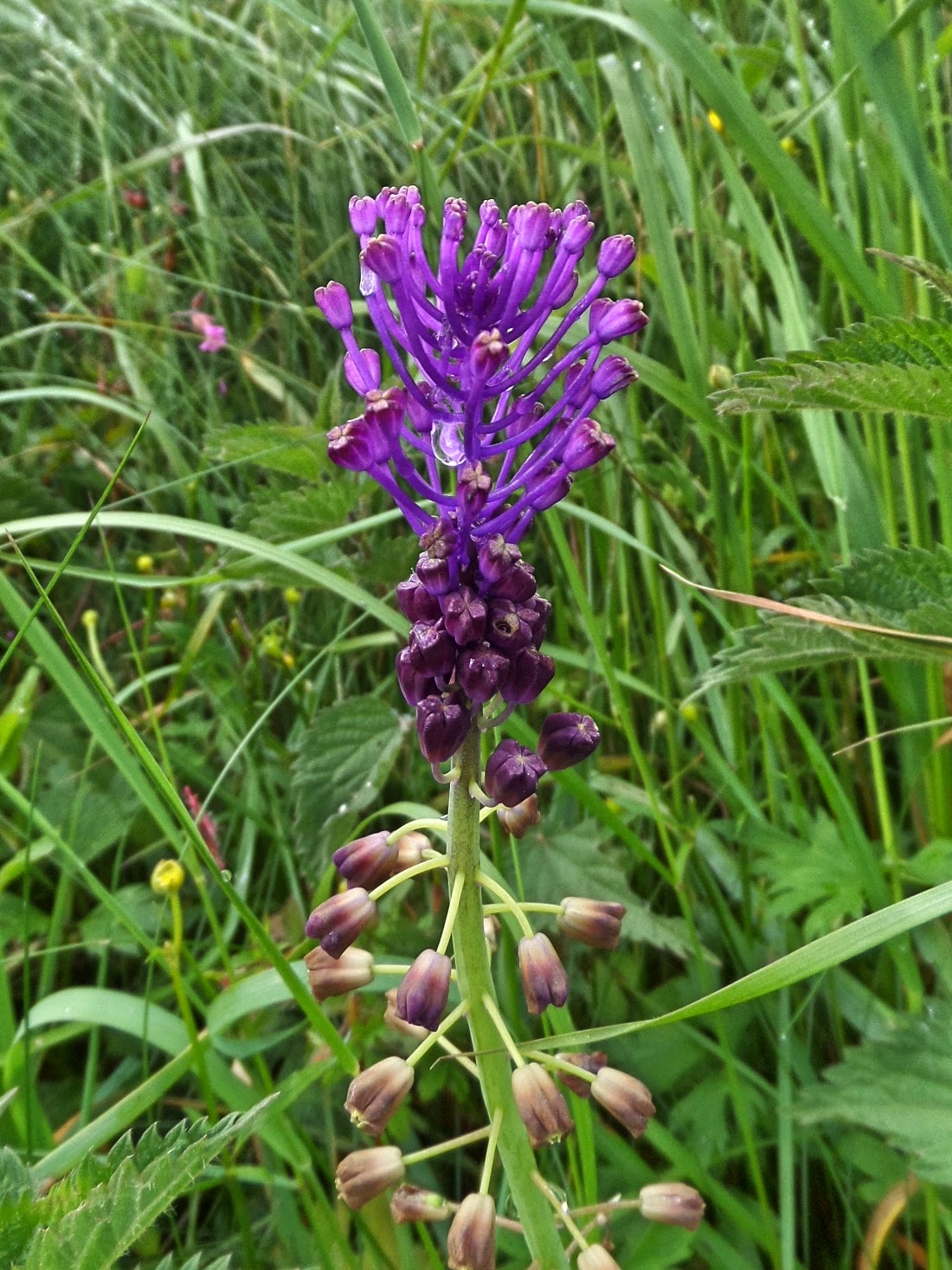 Enough for now, it's getting late,
Chris