The Glanville Fritillary, Melitaea cinxia,  is named after Lady Eleanor Glanville, a 17th century Lepidopterist who discovered this species in . She first discovered this species in 1702 when it was first named as the Lincolnshire Fritillary and only later in 1748 was it was officially re-named the Glanville Fritillary.  These days it is mainly confined to the south coast of the , with the occasional colony, typically short-lived, appearing on the South Hampshire coast. 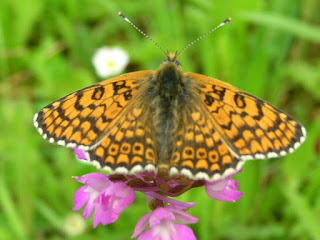 It is a butterfly that can be found in most regions of and the where it forms small colonies where there is suitable habitat. There has been a reduction in numbers especially in the north and west of its range with habitat loss being the most likely main cause. 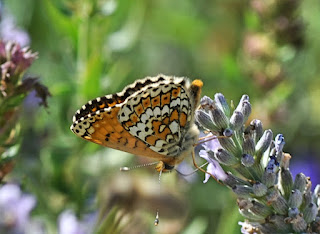 They require low growing sparse grassland, natural flower meadows, scrub, woodland edges and even roadside verges but due to the increase in what is called improved pasture and in cereal production in the broad sense there is increasing isolation of populations. The widespread use of Roundup (Glyphosate) to keep the ground clear in vineyards is another threat to this butterfly along with a number of other species.

In the southern half of the country there are usually two broods with the first on the wing in April / May and the second generation June / September. Regardless of whether there is a single brood or two broods in a season they over winter as caterpillars in webs that they form on the ground with their food plant which is principally Plantain hence the French common name of La Mélitée du Plantain. 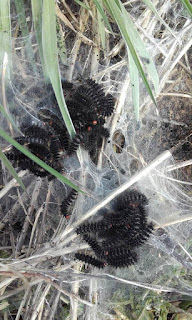 Lady Eleanor’s collection of butterflies still exists and is housed in the .